But that couldn’t be further from the truth, thanks to Fighters around the world who are using their talents and skills to spread the word that love is always worth fighting for.

Alanna Boudreau, a singer and musician, recently released a song called Dismantled by Love about pornography and the fight for real love. In the beautiful but haunting song, she sings,

You look so as to slaughter”

You can listen to Allana’s song, here:

Alanna’s words are a reminder that while real love is never easy, and it can be painful to be broken down and stripped of the ways we hide our wounds, it is better to fight for love than to give in to the lie of pornography. To explain why she wrote this song, Alanna published a blog, detailing her realization that shaming someone for a struggle is the last thing that will help them.

Dismantled by Love is one of the heavier songs I’ve written, but it has undoubtedly instigated the greatest volume of response I’ve ever received from friends, fans, and random listeners alike.

I have felt very strongly about pornography for a long time, ever since the first crystallized moment when I myself saw a pornographic poster flash past my eyes at a music shop when I was a little girl. My mom, who was next to me, was browsing through posters, looking for Van Halen (shopping for my brothers), when suddenly – there it was. Mom took in a sharp breath and moved us away immediately: she was shaken, and said nothing.

I remember in that moment feeling incredible sadness, shock, and worry: in my tender mind, I couldn’t understand why the woman in the photo would expose herself that way, couldn’t fathom that someone would have requested her to do so. The thing that bothered me most of all was the anonymity: to all appearances, she had no name. She was no one. She was just lurid eyes, bleached hair, and an impossible chest. And although I had no concept of sex at the time, something innate sensed the fracture between the person and intimacy. I sensed the exploitation and degradation of it; and I will never forget that sorrow. “She was a little girl once, too,” I thought. “Where is her dad? Does he know?…” I never was able to process those thoughts aloud, as sex was taboo in the house, and anyway I wouldn’t have known how to articulate the feeling of dread the image burned into me.

But thankfully my own heart was dismantled and rebuilt through friendship.

Some of the most incredible people I know – the truest, deepest friends, the bravest souls, the most generous hearts – shared with me about their past (or current) struggles with pornography. They trusted me enough to explain the very painful and complex reasons why people become drawn in to pornography. In the first place, the human body is beautiful and good, of course, and it possesses an inherent mystery and attraction. We are naturally sexual beings and ought not be ashamed of that.

But when that natural impulse obscures the face of the human person – when arousal becomes the most intense experience – emotional, physical, or otherwise – in a given day, there is something much deeper at play: there is a fundamental lie at work. This lie, as described to me by these courageous friends – which could have been planted anywhere along the line in childhood, could have been reinforced through years – says:

“You are neither loved, nor lovable: in fact, you are loathed. So it makes no difference if you loathe these other people and treat them as mere bodies. They cannot reject you: of course, if they knew you, they would surely hate you. You are immanently leave-able, forgettable… But they do not know you. So there is no harm done. Loathe yourself further: but at least make it indulgent. You are neither loved, nor lovable. But you have nerve-endings, so why not celebrate that, at least.” A hell-hole of pride and fear, self-loathing and loneliness.

As I came to understand better the broken-heartedness that exists beneath most pornography, I came to identify with that broken-heartedness, too. Shoot, I struggle with wondering if I’m loved and loveable on the daily. That’s an old wound that sometimes feels all mended, and other times bleeds freely. It doesn’t manifest in watching porn, but it does manifest in pride, avoidance, comparison, pettiness, etc: I, too, fail to believe I am loved and loveable, and rather than deal with the terror of that thought, I lash out at those around me, or curl away from them altogether. I fail to take in their faces, to reflect on the beauty of the soul behind their eyes…

Anger is always a secondary emotion, they say. (Stay with me.) It’s the easiest one to give in to, because it makes a person feel big for a moment, big and in control. But it’s really just a cop-out, a defense mechanism to avoid scarier emotions. There is a perverse pleasure in anger & unforgiveness – you feel so convinced that you’re RIGHT, and everyone else is a troll and beneath you – you feel some kind of twisted power.

I’m no psychologist, but I get the inkling that objectification and watching porn can act in the same way. Sexual objectification is a secondary passion. It’s a cover-up, a momentary escape that makes the brain feel rewarded – read, “liked.” And likewise, there is a perverse pleasure in seeing someone as a mere collection of body parts – a person feels, for a moment, powerful. Likeable. Desirable. This is easier than uncovering the lie that informs the passion, the lie that informs the rage: uncovering the lie that impels you to uncover others in disgrace, be that through sharp words or by reducing them to a naked form.

Baby, we all have broken hearts. It ain’t just you. Reach out and speak. Brene Brown put it beautifully when she said,

“Owning our story can be hard but not nearly as difficult as spending our lives running from it. Embracing our vulnerabilities is risky but not nearly as dangerous as giving up on love, belonging, and joy – the experiences that make us the most vulnerable. Only when we are brave enough to explore the darkness will we discover the infinite power of the light.”

I am forever thankful to my friends who spoke up and shared their stories with me: by their illuminated wounds I experienced healing in places I did not even know I needed it.

Brother, sister, anyone reading this who’s asking if they’re loved or lovable and feeling burdened by the way that that fracture manifests in your life:

We’re so thankful for fighters like Alanna who use their passions, like music in Alanna’s case, to fight for love and to speak the truth about the real beauty of sexuality, friendship, intimacy, and compassion.

You can listen to Allana’s Dismantled by Love here on the iTunes store, and check out the rest of her album. 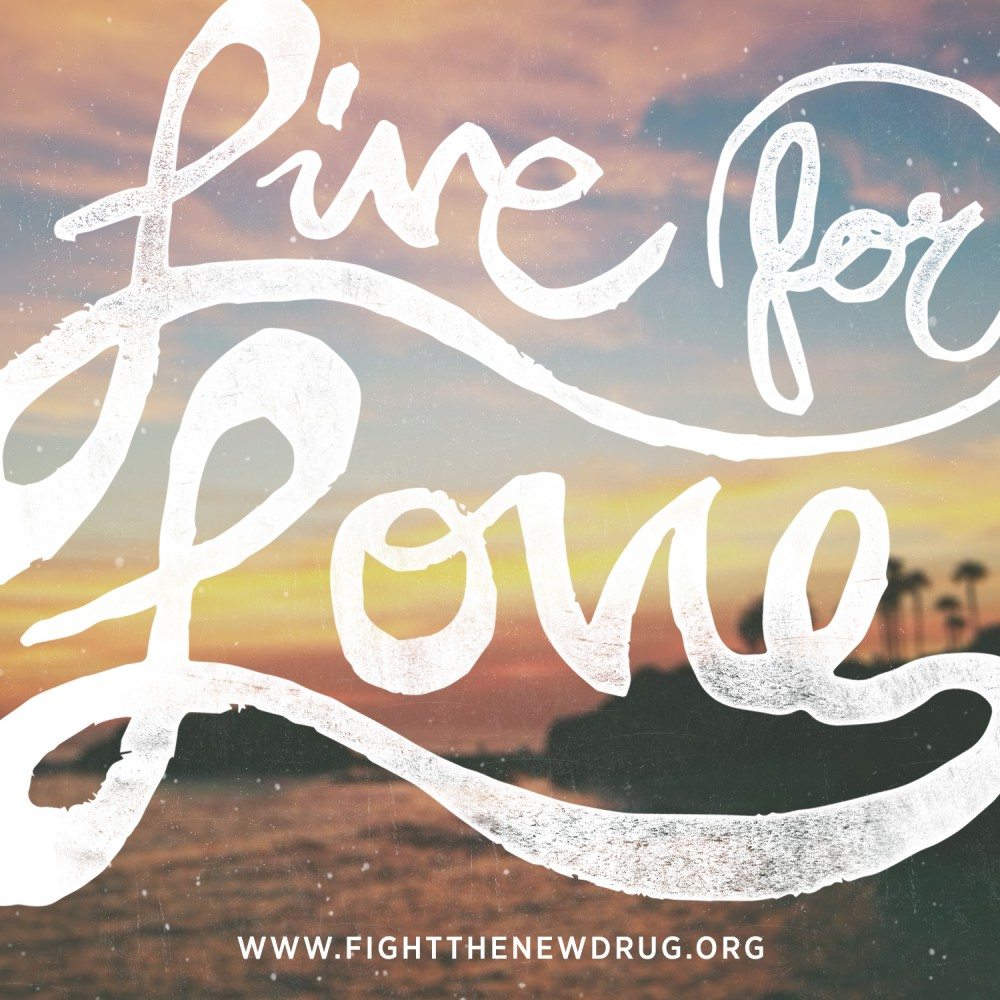 There is hope in our society for real love and healthy relationships. SHARE this post and get the word out that real love is worth fighting for.

Support this movement for love, and rep a tee from our online store: