"When I became a SANE nurse, I thought the typical perpetrator was going to be an older male, but I was wrong. The biggest age range of perpetrators I see in my hospital is children."

By Fight the New DrugOctober 18, 2022No Comments 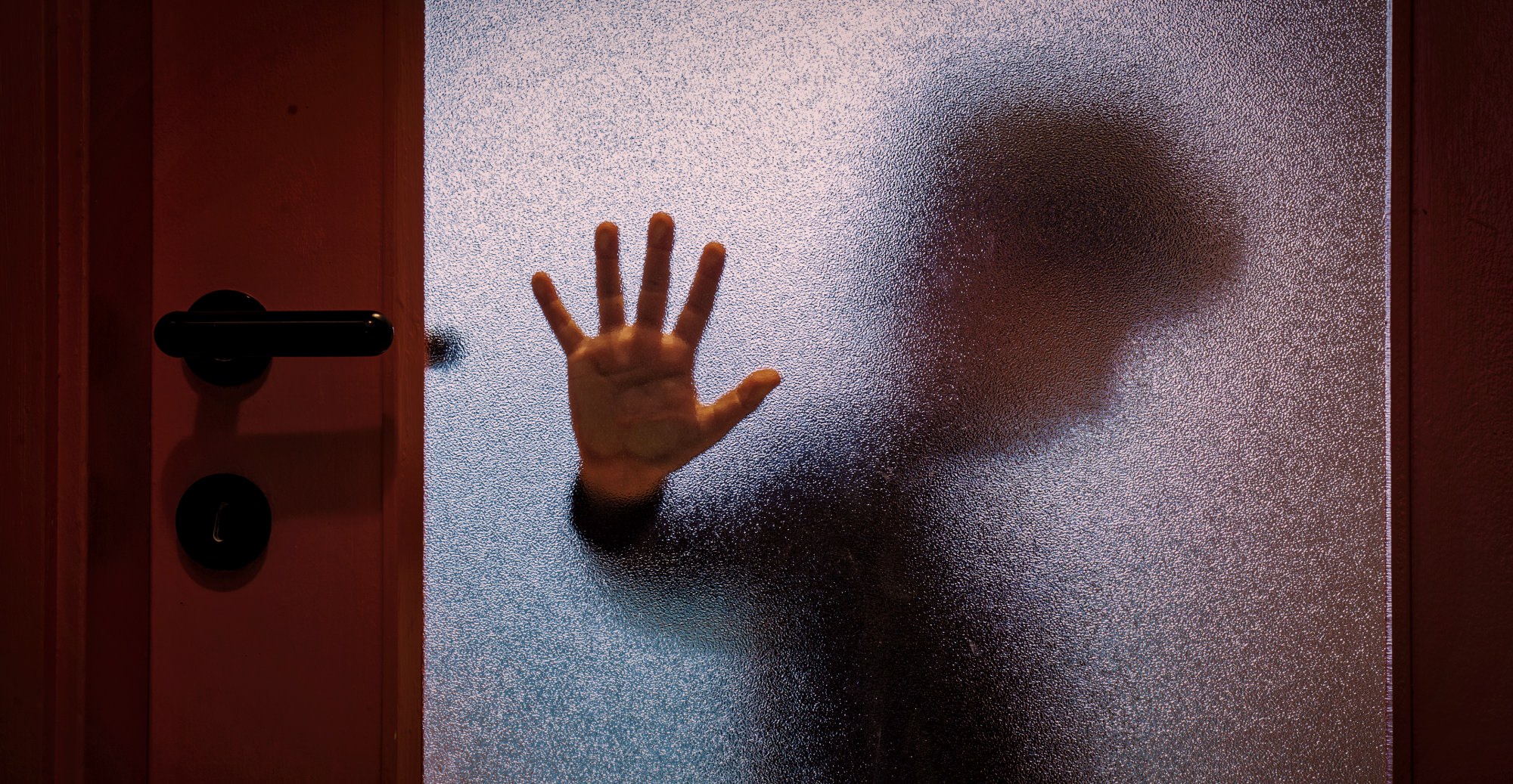 As a nurse, you hear certain pieces of advice repeated throughout your career.

The best and most accurate advice comes from the mouths of those older, wiser, and experienced nurses who have seen it all, and somehow continue to trudge along throughout grueling 13-hour shifts. These nurses always give some version of, “Trust your gut,” while you struggle to figure out what is wrong with your patient. As a new nurse, this concept makes no sense. You want facts, charts, vital signs, and numbers. But as you grow, you realize, that “trusting your gut” gives insight into the unspoken, vital pieces of a situation.

I am a Sexual Assault Nurse Examiner (SANE) at a large children’s hospital. My job is to collect evidence, look for injuries, provide support, and testify in trials for victims of sexual assault. If you’ve ever heard of a “rape kit,” SANE nurses are the ones who collect the evidence for the kits.

I remember distinctly, where I was sitting, several years ago, when my gut told me something was off. I was talking to the parents of a 5 year-old-girl who had been sexually assaulted by her 12-year-old brother. The father of the children stumbled upon the assault, and there were no questions as to what kind of violation took place. As the tearful parents grieved and asked, “Why would our son do this?” my mind pondered those same questions.

Here is the reality: children learn these types of sexually aggressive behaviors. Children don’t instinctively act out sexual violence on each other. They don’t instinctively want to violate or push sexual boundaries with their siblings or younger children. These things are learned. Of course, many children who act out in sexually harmful ways have been victimized themselves, but what my intuition told me, was that there is an unspoken factor occurring in many assaults.

Many sexual assaults occur because of what perpetrators have been exposed to via their screens. Children watch violent sexual acts, with no previous direction or insight into what is normal, healthy, sexual behavior, and then perform these sexual acts on other children. This is extremely concerning as pornography is more accessible and violent than ever, which correlates with the rise of child-on-child sexual assault.

When I became a SANE nurse, I thought the typical perpetrator was most likely going to be a creepy older male in his 60s, who lured kids into his basement with lollipops, but I was wrong.

Let that sink in for a minute.

These kids aren’t even old enough to drive. Yet, they are committing the most sexual assaults in our region. To put this in an even bigger perspective, my hospital sees one of the highest volumes of sexual assault victims in the United States. Our numbers are large, meaning these young perpetrators are not an anomaly.

I was alarmed by the amount of 11, 12, and 13-year-old perpetrators I was seeing. I started looking through our past sexual assault victim’s stories and found hundreds and hundreds of records of sexual assault survivors who were perpetrated by another child. Pornography is often a driving factor, and sometimes the only factor that influenced a child to act out in a sexually harmful way. As I have studied our data, and seen more and more patients, it’s imperative that we understand the way that pornography is creating devastating effects for children across our country.

The children that I see are not in a vacuum. Stories of child-on-child sexual assault are ringing out all over the world. The trend is growing rapidly. With pornography being so widespread and easily accessible, more and more children are viewing and subsequently acting out what they see on vulnerable children. Often their younger relatives. It’s not just young boys, we are seeing young girls as perpetrators as well.

The solutions are not quick or easy. There’s shame involved with families who have a child sexually act out on another child. Most families do not want to talk about, or admit that this tragedy has occurred within their family. There are not many specialized therapy groups or any court-mandated services that cater to this issue, so there are limited resources for healing. To compound the issue, we live in a culture that continuously normalizes pornography, and refuses to acknowledge the ugly truth that it fuels sexual assault and rape culture.

I have seen things that I cannot write about, violence that is hard to fathom, let alone explain, moments that have left me nauseated and in tears. Things are inflicted upon beautiful, innocent children, at the hands of other children. Brutal assaults are carried out by the hands of teenage boys who believe that sexual violence is “normal.”

Both perpetrator and victim, and the role shame plays

There are so many heartbreaking elements to this subject, and it’s important to remember that the perpetrators are also victims.

While I do not condone their actions, and stand with victims of sexual assault, children who are acting out sexually are also victims of a culture that will not protect them. A culture that allows them to be exposed to sexual violence while calling it “normal.” A culture that does not offer services for children who are addicted to pornography and acting out. A culture that does not allow children today to have childhoods filled with adventure, innocence, and wonder; but instead is filled with airbrushed naked bodies, violent sexual acts, and the demolition of an entire generation of kids who have been sexualized since they could look at a screen.

Shame plays a leading role in silencing both the victim and the perpetrator from seeking help or speaking up. Most victims feel that the assault was somehow their fault, and wade through a confusing and devastating reality, trying to make sense of what happened. Children who view pornography and act out in harmful sexual ways often feel that they cannot tell anyone what is happening. Sex, masturbation, pornography, and sexual assault are often topics that are never brought up in homes or by caregivers. Shame sends the message that speaking up will result in being humiliated, rejected, and pushed away.

Shame perpetuates the devastating cycle of silence, abuse, and addiction to pornography. Children who are exposed to pornography rarely speak up or seek help from an adult, afraid of what the reaction will be. Parents, caregivers, and guardians have to create an environment where it’s safe to talk about “taboo” issues. Otherwise, children get lost down a dangerous path of viewing more and more pornography, and eventually act out what they’ve seen on other vulnerable kids.

The United States is seeing thousands upon thousands of our children being sexually assaulted every year, which also means that thousands of children are deemed perpetrators every year. This reality has massive ramifications on both sides of the equation in terms of mental illness and adverse health outcomes. What will the world be like in 20 years when an entire generation of adults have all experienced sexual violence and trauma at the hands of each other?

My gut instinct proved to be right. Pornography is fueling one of the best-kept secrets of our time. Childhood innocence is being destroyed at lightning speed.

But the good news is that we can help.

How we can protect, validate, help, and educate

One of the best things a parent or caregiver can do is responding with validation toward your child. Whether your child was the one assaulted or your child was the one who confessed to struggling with pornography, they should be met with grace and acceptance. If a child says they were assaulted, believe them! Research shows that children (and adults for that matter), do not lie about sexual assault. They should be met with responses like, “You’re really brave for telling me that. Thank you.” Protect the child who has been assaulted, do not put them in situations with the perpetrator. To interact with the perpetrator is unsafe and re-traumatizing.

The same validating response should be given to a child who says they are looking at pornography. Shame creates isolation and silences children from speaking up or seeking help. When shame is taken out of the equation, there are much better chances of children healing, growing, and speaking up in the future.

Educate. Talk to others about online safety. Discuss the correlation between sexual assault and pornography, and about keeping kids safe. The more people are aware, the better chance we have at protecting our kids.

Go with your gut

While this topic is heavy and overwhelming, I think it’s imperative that we realize the insidious world that pornography is creating for our kids. My last piece of advice is, “Go with your gut.” If something doesn’t “seem right” with your child, it’s not. Create a safe environment through talking and actions. Provide a space where your child knows they can disclose that they have been abused or are struggling with what they’ve seen online. Express that your children will be met with kindness and protection rather than shame or denial.

Safety and validation from a caregiver make all the difference in the world to a child’s healing process.

Heidi Olson, RN, MSN, CPN, SANE-P is a Certified Pediatric Nurse and Certified Pediatric Sexual Assault Nurse Examiner (SANE), she is also the Founder and President of Paradigm Shift Training and Consulting, which equips healthcare workers with skills to be able to identify and treat victims of trafficking and exploitation. Heidi previously managed the SANE Program at a large children’s hospital where she performed/reviewed over 1,500 pediatric sexual assault exams, many of them trafficking cases, communicated with a large multidisciplinary team, and educated hundreds of staff members on relevant topics regarding sexual violence. Heidi also serves as an expert witness in civil and criminal trials related to sexual assault.

In 2019, Heidi implemented an evidence-based screening process in an Emergency Department, which has resulted in hundreds of vulnerable children being identified as victims of exploitation. Heidi has testified in favor of bills that have been passed into law and most recently, Heidi testified at a briefing in Washington D.C. about protecting children online. Over the last few years, Heidi has presented over 200 times internationally about recognizing human trafficking, child-on-child sexual assault, pornography, and exploitation. Heidi has also been featured in several documentaries, including Vulnerable Innocence, which has won 24 awards.