Tucked back on a picturesque street in the heart of an East Coast public university campus, a building fondly known as The Abbey houses a unique group of college guys.

Depending on the semester, anywhere from 8 to 16 students call this place home. The Abbey was founded in the fall of 2011 with a vision to create a place where guys could help one another live with purpose and integrity in their college years.

If part of college is “finding yourself,” then Abbey residents know definitively what they don’t want to find in their futures: depression, broken romantic relationships, mental turmoil, and addictive compulsion that can all hold them back from full pursuit of their dreams, along with a host of other personal reasons they could confidently articulate one by one.

So how do they do it?

The guys have all agreed to regularly check in with each other, both as one-on-one casual conversations and as house-wide discussions. And all the while, The Abbey remains a thriving social hub, people coming and going at every hour—walking right past the chore chart.

These are the stories from six of the housemates, some current and some graduated. Check it out.

FTND: What has your experience been with this undercover chore chart system?

Peter: It started with just a few of us. We had a random whiteboard and tried to figure out how to use it, then decided to have an undercover chore chart. It was always a very weird thing because it was publicly visible, but it was not intended to be understood by the general public. We wanted each other to be able to casually know where we all were without it being obvious to the public.

Dylan: There’s an initial house meeting before classes start. The upperclassmen talk about house rules and expectations: “We expect you to do this.” This is just what we do together. No one forces it, we just try to show the value of it. If a guy wants to live here, he already knows some about how we live, so he won’t be shocked.

Evan: If you’re all committed, it works. There has to be buy-in. Then the chart becomes regularly accompanied by honest conversation.

Kane: The best thing was the openness and willingness to talk with each other. I had never been part of a community before where it was normal and expected and not shameful to just talk about this. Everyone is on the same page that this is a destructive habit we need to stop. It’s so helpful to get it into the open. It said “we are a community where this is high value for us. we are going to do this, even risk shameful moments, because we agree we want to help each other.”

William: It was freeing to put a mark on the board and say “this happened but it did not destroy me. It’s ok to share this with other people.” Shame lost a lot of power in my life. I’ve carried similar patterns of accountability into my new living situation after college.

Jesse: It really depended on whether everyone was willing to be in the trenches. I remember a stretch of time one year when no one really cared. We all knew that people were lying or just not writing anything. So then it became like this unspoken source of shame. But then when you treated the system with weight and respect, you realize your community isn’t perfect, and then you take responsibility and share your burden. And communities rally together when that happens.

FTND: What role does shame play in your joint accountability, and how do you combat it?

Evan: It’s always possible that people feel ashamed during the process of being honest. First priority is getting it into the open. It’s much easier to feel ashamed if you aren’t talking to people—you feel like they see your mark on the chart and are judging you. But if you talk, meet, you see that the other guys love you and aren’t judging you. I felt the grace of my friends and was also held accountable.

Dylan: It’s amazing when you realize there is no shame in putting an X. You realize you can put an X and nothing bad happens. Only good things happen—you aren’t judged when you don’t do well, and you are rewarded when you do well.

William: The person sharing feels so weak but comes across as so strong to everyone else. Sharing empowers others to move past shame and isolation and find hope themselves.

Jesse: I think a big part of shame is in the dark it’s like this huge monster. But once shame is expressed and brought to light, you realize the monster is just Mike Wazowski, that it can’t really hurt you. It can just drive you crazy. Like all day you go to class, eat, walk around and see the world differently when you’ve got shame glasses on. You just feel like everyone is looking at you. So one of the most beautiful things at The Abbey is the way we broke that down. The first time you admit to watching porn, it’s like the world’s most awkward terrible experience because of all the unspoken shame and guilt. But then you’re met by men who just want to care and love you. They combat shame with affirmation and encouragement. And that love with purpose really kicks shame to the curb.

Peter: One of the hardest parts about addiction is the secrecy and privacy of it—there’s something so personal about sexuality. Having a group to stride with together made the difference. Even being able to joke about it, not to minimize it but to say “this does not isolate me.” To not have a fear of the thing, to make it regular to discuss—it grabs the tick at the head. If you’re willing to stumble through the awkwardness and work through it together, the group dynamic is powerful.

Dylan: When people are doing well we want to encourage them, and when they aren’t we want to give them what they need—a morale boost, support. If it’s just you, it’s easier to be dishonest with yourself. But when you put this personal struggle in a community setting, you want to do good for everyone else, not just yourself.

Jesse: It’s night and day for me. When I’m alone, it just all snowballs. I slip up, I think about how terrible I am. At The Abbey, it stops at the first step. I slip up, then someone is there to pick me up—I don’t get to that place of questioning my value. My friends help me move forward in hope and with practical steps.

FTND: What would you say to younger guys struggling to figure out how to get a system in their own lives?

Kane: This habit—porn, and continual objectification—is best thought of as an addiction. The best research on addiction recovery focuses on one day at a time. You have what you need, willpower and friendships. This is not something to be done alone. It requires community to walk out of addiction into health.

How you can build your own Abbey

These guys are the first to tell you that the chore chart isn’t perfect—but it’s been a consistent catalyst for freshmen and seniors alike on this campus to strive together towards healthy sexuality.

Related: Is Being Both Anti-Porn & Anti-Shame Possible? More Than Possible, It’s Necessary

In the end, that’s how this journey goes for everyone: imperfectly. The point is to decide for yourself what kind of life you want, and to find community steeped in honesty, support, and encouragement. There, we can all fight for real love and mark our own “V’s” together. 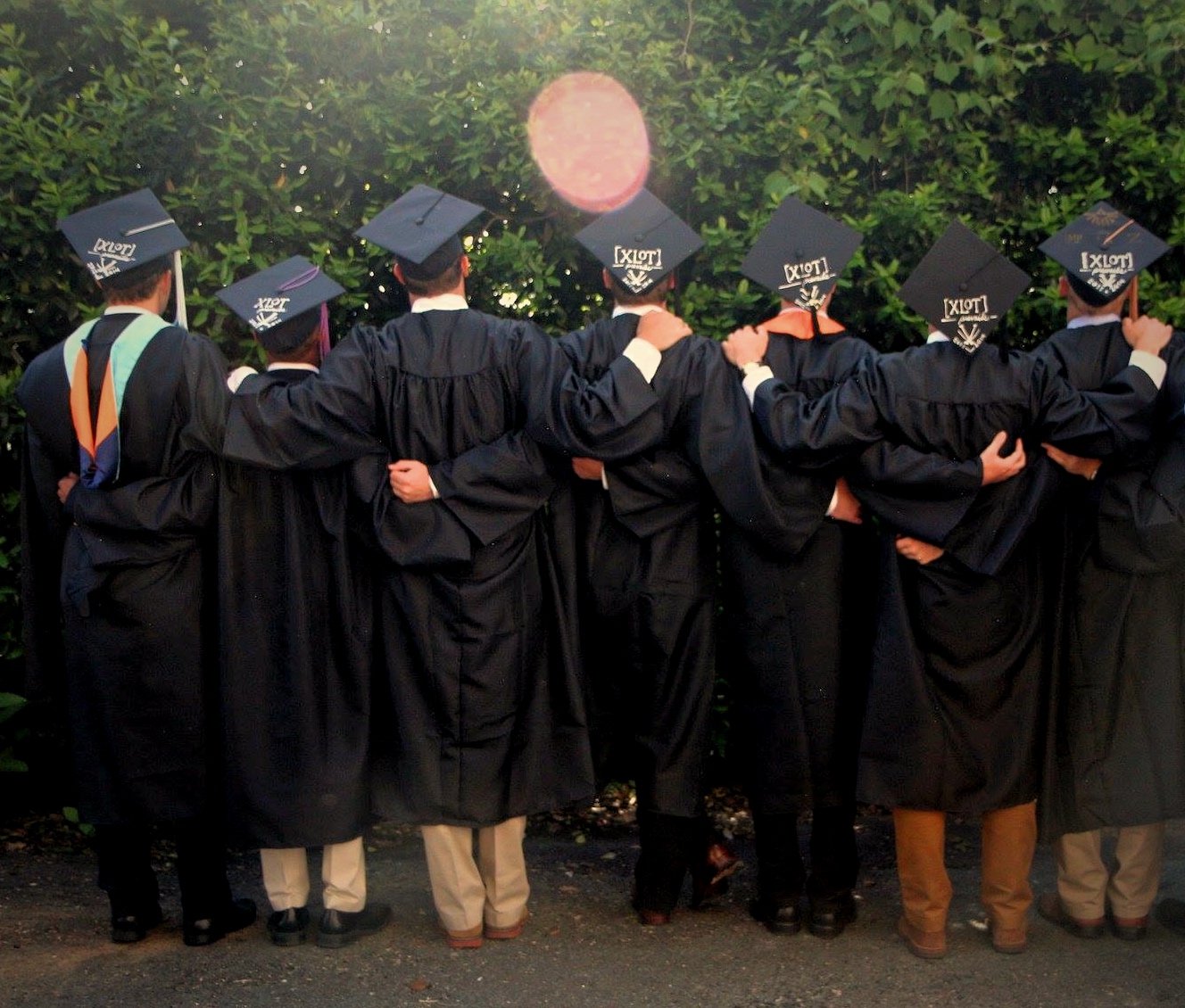