The researchers doing this particular Australian study did not tell their subjects what would qualify as violence. There wasn’t a standard to measure it against, except the consumer’s own perceived idea of what constituted violent or non-consensual behavior, which made the study unique.

Here are a few concerns we have based off of this report. Take a look.

See the actual data table from the study here: 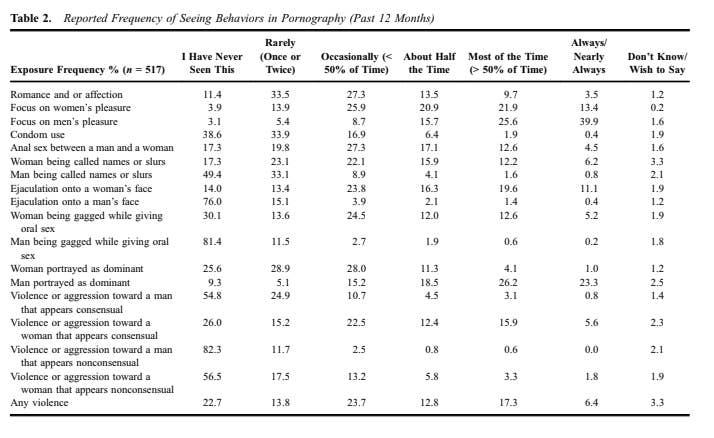 This shouldn’t come as a surprise, though. A study in 2009 showed that only 18% of American entertainers use condoms during pornography. Not cool.

So, in the end, according to the self-identified statistics from these young Aussies, they are watching unromantic, risky sex that is focused on non-mutual pleasure and lopsided power dynamics, and a lot of the time it involves non-consensual violence. How is that healthy for anyone?