How to Keep Your Zoom Meetings Safe from Porn-Sharing Hackers

By Fight the New DrugSeptember 2, 2020No Comments 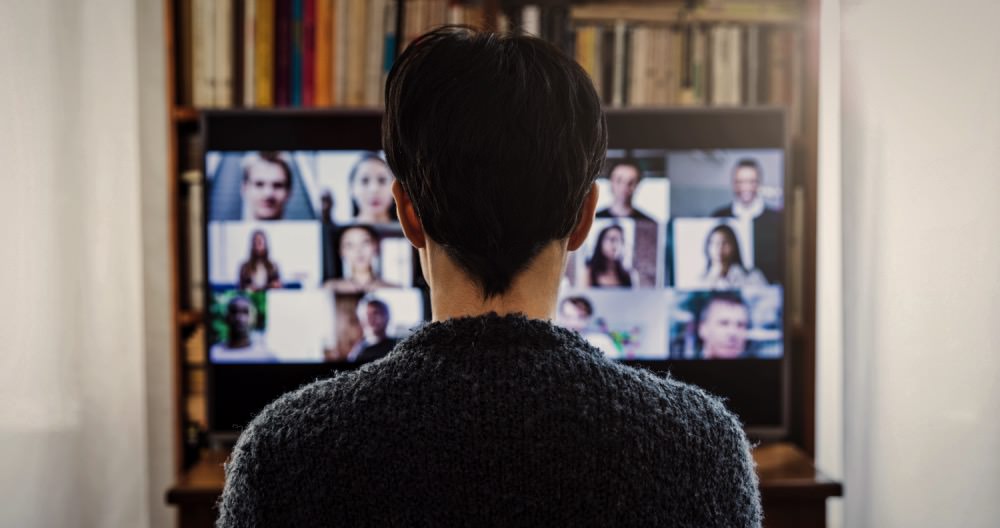 There’s no way around it—our pandemic world is ruled by Zoom, now. Work meetings, school, and friend hangouts are commonly held on the video interfacing software. And while COVID-19 can’t be spread through the screen, that doesn’t mean there aren’t some digital risks of Zoom parties.

Here’s an example of what we mean: A virtual judicial hearing in Florida held in July 2020 over Zoom was “interrupted” by hackers falsely self-named as mainstream news reporters.

These attendees began screen-sharing pornographic videos and playing music repeatedly until the hearing was suspended by the judge overseeing the meeting.

This isn’t the only case of “zoombombing,” the name for this type of unwanted and often obscene interruption via Zoom.

In the last few months, as meetings have shifted over to the digital realm, so have uninvited guests attempting to prank or hijack meetings. Unfortunately, while they may be done in an attempt at a bad joke, some of these so-called “pranks” are serious crimes.

Is it really a prank if it’s a crime?

In Texas at a community Zoom meeting held in May 2020, an attendee used the name of a regular community member and was let into the meeting. The hacker then proceeded to screen share images of child exploitation—commonly known as child pornography—causing panic in the meeting for 12 seconds before the host was finally able to shut off the offender’s camera.

A similar type of crime has also hit schools: in South Carolina, a virtual graduation ceremony was interrupted by a more advanced hacker who kicked the school principal off of the call and proceeded to share a pornographic video to over 40 people.

The Henry County police have emphasized that what may seem like a harmless prank can in fact have very serious criminal implications, including being registered as a sex offender.

Their department Facebook page published, in a now-deleted post, that kids, “could face manufacture and distribution of child pornography charges, child molestation charges, and have to register as a sex offender. This is not a joke.” They have urged parents to speak to their children regarding internet safety, especially when it comes to pornography.

What can be done?

So…while these pretty wild news reports may seem almost comical, they also point out the importance of basic security for virtual meetings.

When it comes to avoiding interruptions like the ones making headlines, it turns out there’s more that can be done than most meeting or webinar hosts may know. Zoom has also modified some of its policies and settings since May of 2020 to simplify managing security settings and create safer meetings.

Related: Landlords Are Soliciting Sex For Rent From Tenants Affected By COVID-19 Shutdowns

Zoom modified the security button in calls so that there are many tools the meeting’s host can access with just a click. Among them is the ability to mute or unmute all the attendees, shut their camera on or off, permit them to rename themselves or to use the chat, and perhaps most importantly, the control over who can share screens.

In fact, the default setting for free/basic Zoom subscription meetings has now been modified to only permit the meeting’s host to share his or her screen, requiring a manual override by the host to allow other attendees to share their screen.

Related: How COVID-19 Has Worsened The Existing Issue Of Human Trafficking

This type of default setting is particularly useful for meetings that are open to the public and can’t require a passcode upon entry, like the Florida hearing. It gives the meeting host or co-hosts the power to prevent zoombombings like the ones that have increasingly occurred.

Another default setting has been the mandatory entry of attendees into a virtual “waiting room” upon entering the meeting. The upgraded security button, which is found at the bottom of the host’s toolbar, allows the host to manually let them in from the waiting room, a tool which is particularly useful for “unexpected guests” who may show up late to a meeting.

It also has a simple reporting feature that allows the host to instantly send files or screenshots of any attendee’s inappropriate behavior, and most importantly, a blocking tool to instantly remove any attendee from the meeting.

Zoom also has a paid, webinar subscription model that was created specifically for larger audiences in mind, where it mimics more of a virtual lecture hall or events that are open to the public.

This has restrictions already built into the model that only permit select attendees beyond the host to speak, share their screen, etc. The rest of the attendees are permitted to enter in a “view only” mode, without the ability to use their audio or camera or share their screen.

Making your accounts safe and secure

These are just some of the main considerations to be aware of when creating your own Zoom meeting, especially if it is more directed to the public.

With these considerations in mind, you can be better prepared to prevent or stop any zoombombing; however, there are some other features that are more specific that Zoom has listed on its security page.

You can take a closer look at the in-meeting security options, descriptions of tools, and instructional videos on how to use them before your next meeting.

Over 9,500 Sex Buyers Arrested Because of This Anti-Trafficking Initiative’s Use of Chatbots

Over 9,500 Sex Buyers Arrested Because of This Anti-Trafficking Initiative’s Use of Chatbots