Sloane Ryan is a 37-year-old mom. With the help of makeup, fashion, and photo editing, she transformed into different identities less than half her age. 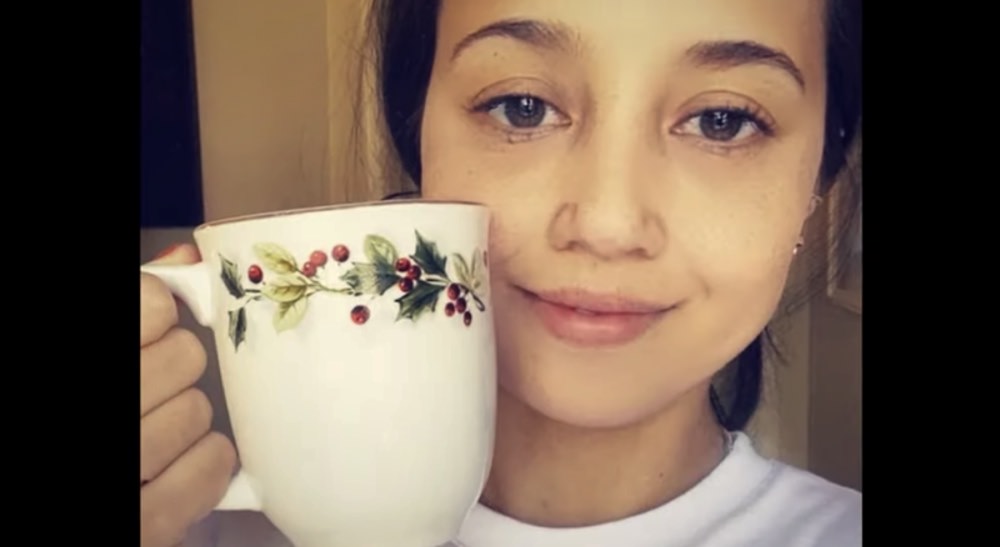 In 2019, the National Center for Missing and Exploited Children’s CyberTipline received more than 16.9 million reports. Most were about child pornography, sex trafficking, molestation, or online enticement including sextortion. More than 17,900 victims were identified.

These are huge numbers, but numbers are hard to visualize. One tech company realized this and thought of a way to show the world the seriousness of one specific issue: online sexual exploitation of children.

Bark is a monitoring tool that uses AI to alert parents and schools when children are experiencing a variety of issues such as cyberbullying, depression, threats of violence, and grooming by sexual predators. After encountering a devastating case of an online predator grooming and abusing a 12-year-old girl online, Bark put together a special projects team to illustrate to parents, guardians, and schools the severity of the problem.

In the back of many people’s minds, we know this kind of abuse happens. We’ve heard news reports of adults reaching out to minors on social media, video games, and chat forums, with the intent to begin an inappropriate relationship. They carefully groom or manipulate young people into sending nude images or filming themselves performing sexual acts.

Even though it is self-generated content, meaning the child or teen is taking the photos of themselves, this is still sexual abuse.

Bark came up with a plan. A longtime employee would pose as an underage girl on Instagram and see how long it would take for adults to reach out to the fake identity. Bark would record all evidence and work with law enforcement to report any and all potential predators.

The trick was the employee, Sloane Ryan, is a 37-year-old mom. With the help of makeup, teenage fashion, and photo editing software she transformed into multiple different identities less than half her age. There was Libby, the 15-year-old sophmore, and then, to test how young they could go, the special projects team created 11-year-old Bailey.

Sloane Ryan wrapped her chest tight in ace bandages and wore a pale blue sweatshirt. Her nails were painted with glitter polish and neon hair ties bunched on her wrist like bracelets. She posed with her hand on her hip, tilted her head, and smiled at the camera. The photo was then edited by another Bark employee to erase the 26 year age difference.

Related: For Parents: How To Spot Online Child Predators And Protect Your Teen From Them

Sloane Ryan was transformed into the prepubescent girl soon to be revealed to the Instagram world as Bailey.

The entire Bark team gathered together to build an identity for Bailey: her back story, vocabulary, and backlog of selfies. When the photos were ready, the team prepared to record the evidence. Ryan paired the iPhone she would be playing Bailey on to a TV and another colleague set up a video camera pointed directly at the TV to record the conversations as evidence for police.

Finally everything was ready. Sloane Ryan uploaded the faked photo of Bailey to her public Instagram with a handful of emojis and this caption:

v excitedd to see my friends this weekend at carly’s party! Ilysm!!

Sloane Ryan’s written account of playing Bailey on Instagram went viral. In it, she wrote that she and her team didn’t wait long until Bailey started getting attention from adult men. She wrote that it was unnerving how quickly it happened.

Two private messages came in under a minute. At the two hour mark, Bailey had 15 messages from adult men.

Another thirty minutes, and Ryan played Bailey in seven video calls with adult men and ignored two dozen other calls. She text-chatted with 17 men and saw the genitalia of 1. She denied multiple requests for above and below-the-waist nude pictures.

By the end of the week, 52 men reached out to an 11-year-old girl sending messages like this:

You should be a model.

Does your mom and dad let you have a boyfriend yet?

Just get on video chat, baby.

The man who asked about being in an Instagram relationship escalated the conversation to asking for “sexy pics.” Since Bailey is only eleven, Ryan wrote that she doesn’t know what that meant.

Related: In Order To Fight Child Sex Abuse, We Need To Stop Fetishizing It

The man responded with a photo of his erect penis and requested a photo of her shirtless. He assured her he could teach her how to proceed, and then began having a very explicit conversation with who he believed was an 11-year-old girl.

“That means…” He then graphically described oral sex in terms he thought 11-year-old Bailey could understand.

“Some girls like it, but it feels really good to the boy. That’s just what a boy likes. Now what a boy and a girl really like together is…”

The man then proceeded to explicitly describe sex to 11-year-old Bailey, and ask for a picture of what’s “between her legs.” He also asked for a picture of her chest, and described sexual things he would do to her body.

The Bark investigation is a peek into a terrifying reality where adults manipulate teens and children into engaging in abusive relationships. If there’s good news, it’s that there are steps to grooming that you can learn about to protect yourself or your child.

After Sloane Ryan’s article received national attention, she was doxxed. The anonymity the name “Sloane Ryan” afforded was necessary for pending legal investigations and also no doubt her own protection as the nature of this undercover work subjects her to objectification and abuse. Despite it all, her identity was revealed online and the Bark team decided to officially reveal “Sloane Ryan” as the real Roo Powell.

In her subsequent article about her identity, Powell wrote her hope for what could happen as a result of the project, the article, and the documentary made about the project. Her wish:

“Parents and guardians all over the would understand just how pervasive predation is online, predators would recognize that they’re harming children and would stop and get help, social media companies would see that they have an obligation to make their platforms safer, lawmakers would advocate for better legislation, and not a single victim would ever be blamed.”

You can watch Bark’s short documentary now about their project to combat online sexual exploitation of children.

To report an incident involving the possession, distribution, or production of child pornography, contact the National Center for Missing and Exploited Children.