By Fight the New DrugNovember 16, 2022No Comments 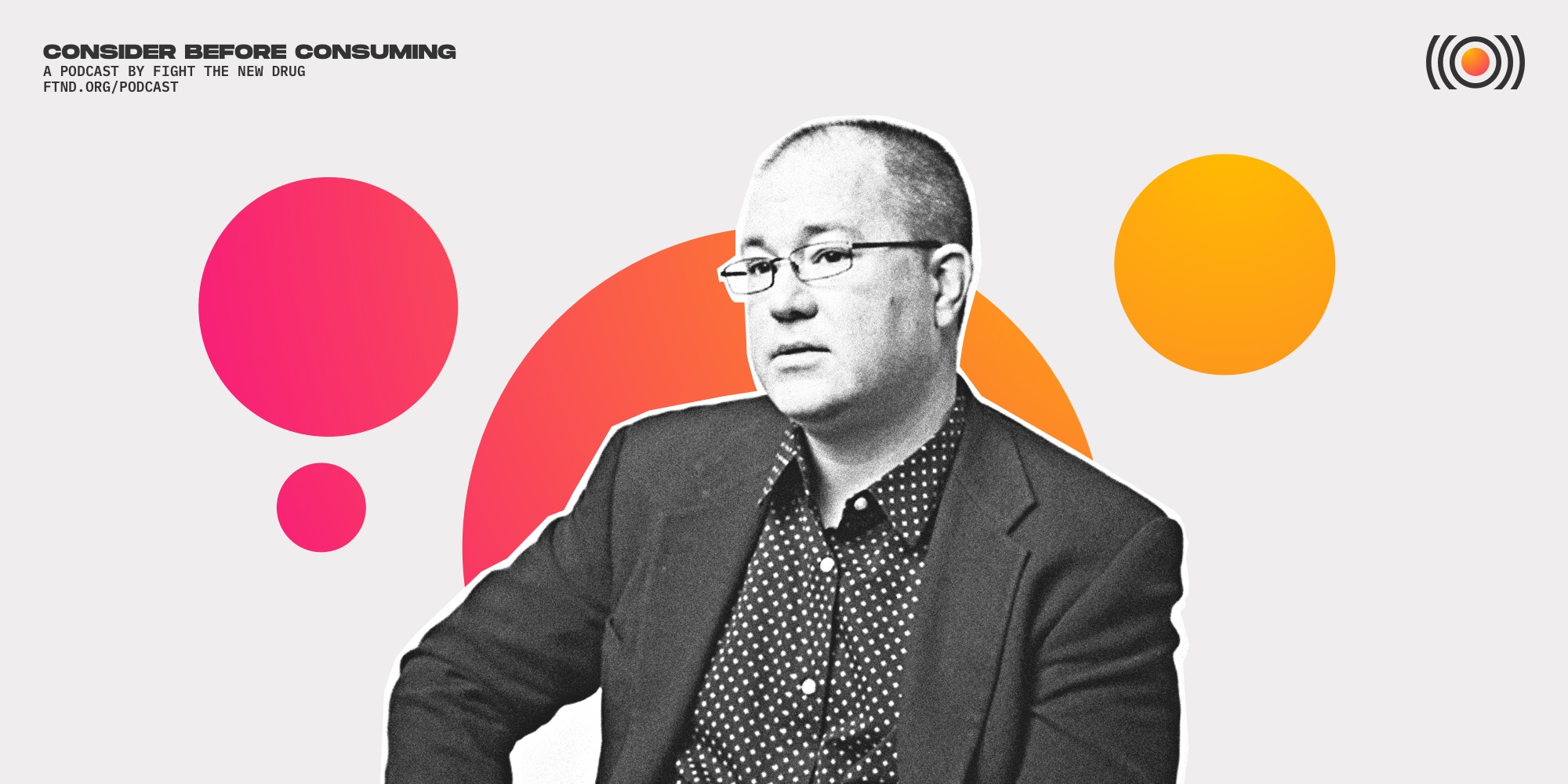 “Pornography is something that can affect how you expect sex is going to play out, especially if you’re not very experienced with it. It’s going to give you ideas in your head about ‘this is how sex happens.’ Do you want sex to be taught to you by an industry that just wants you for your money or wants you for how many clicks you click on a website?… Is that how you want to learn about sex? And I hope the answer to that is no.”

While his 30-page resume and his research are impressive, so is his ability to have a personable conversation and share his expertise in a way that especially young people can connect with.

In this episode of Consider Before Consuming, a podcast by Fight the New Drug, he paints a clear picture of the research on the correlation between pornography and sexual violence, bystander intervention, and objectification.

Dr. Foubert is A Dean of the College of Education at Union University, acting as the Principal of Dr. John D. Foubert, LLC., and serving for the U.S. Army as the Highly Qualified Expert for Sexual Assault Prevention.

He also continues to work for the national nonprofit organization he founded called One in Four where, for 20 years, he has researched rape prevention programs on college campuses, in communities, and in the military.

He recognized that pornography objectified women, and that when we make an object out of a person, it makes it much more possible to commit violence against them. He dove in to what had been done in the area of pornography research, and found a study that especially stood out on Pornography and Sexual Aggression which documented over 50 studies that connected pornography and sexual violence.

He makes the important clarification in our conversation that of course not every person who has seen pornography will commit rape or sexual violence, while there is a particularly strong connection between the two.

In a follow up study, he found that it’s particularly violent and degrading pornography that tends to inhibit people from intervening as a bystander, but emphasizes that there are plenty of reasons not to watch even non-violent porn—like its links to erectile dysfunction and less satisfaction in relationships.

Sure, there may be some pornography that is less violent than others. But no matter the type, it still objectifies a human being and their body—making them into an object, not a person.

Dr. Foubert has a knack for distilling down scholarly articles and putting them in a format where the general public can understand.

That’s exactly what he did with his most recent book, How Pornography Harms. In it, he breaks down about 200 different studies, around 30 books, and interviews with about 20 people whose lives had been directly impacted by pornography.

Creating a healthy culture—one that isn’t shaped by an industry that wants your money and your clicks, not your sexual health and fulfillment in real relationships—starts by understanding the research.

Dr. Foubert has made it his life’s work to share this research through a variety of avenues and make it digestible for young audiences. We thank him for his perspective on this episode of our Consider Before Consuming podcast, and his continued work in this field.