How Sex Traffickers Use Social Media to Contact, Recruit, and Sell Children

By Fight the New DrugAugust 11, 2021No Comments 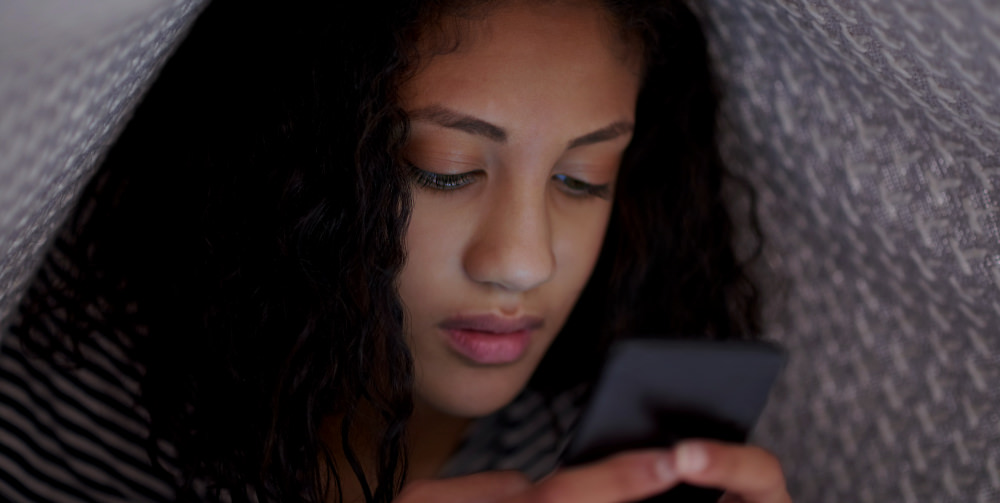 In 2019, Facebook was sued by a 15-year-old sex trafficking survivor.

The suit originated in Houston, and it said that “Jane Doe”—the pseudonym given to the trafficking survivor—was only 12 years old when Facebook permitted her first contact with the man who trafficked her.

The man allegedly used Facebook to message and groom Doe for a period of six months before eventually convincing her to meet up with him at a Motel 6. When she showed up, he reportedly kidnapped her and sex trafficked her on Backpage.

According to Doe’s attorney, Annie McAdams, this heartbreaking story is anything but unique. The common plotline goes something like this: traffickers use social media to find and coerce and/or manipulate victims into meeting with them before the trafficker kidnap and exploits them.

In her 61-page suit, Doe’s attorney argued that her trafficking was caused by Facebook not providing the safe environment it claims to provide.

While we don’t know the exact truth regarding the specific allegations made against Facebook in this lawsuit, research and survivor accounts clearly suggest that social media is regularly used by traffickers to connect with potential victims.

Is social media being used for trafficking?

Assuming Doe’s trafficker did get hold of her through Facebook, the answer to whether social media is being used for trafficking is a “yes”—one that becomes considerably more resounding when taking into account McAdams’ representation of thousands of victims with similar stories. Consider also that Facebook is one of the most popular social media sites, and recruitment can and does happen on other platforms, too.

A study performed by The University of Toledo (UT) Human Trafficking and Social Justice Institute also strongly supported this and found that social media is increasingly being utilized as a medium to contact, recruit, and sell children for sex.

Related: 2021 Trafficking In Persons Report: The Impact COVID-19 Had On Sexual Exploitation

The following estimates are based on prosecuted cases, and are not necessarily representative of all trafficking cases, but they are telling.

In the real-life example, a trafficker used social media to connect with a vulnerable, young girl. She was an easy target because of how unhappy she was at the foster home she was living in—something the man immediately garnered from the girl’s profile. In only a matter of hours after their initial social media-induced connection, he had picked her up at her foster home in Toledo and taken her to Columbus to traffic her.

Clearly, what once was improbable has been made possible through social media.

Not only that, but traffickers can do their research and contact their victim all while protecting their own identities. UT professor of social work and director of the UT Human Trafficking and Social Justice Institute, Dr. Celia Williamson, cites a 2018 report that says 42% of trafficking victims who met their trafficker online never actually met their trafficker in person.

How is social media being used to traffic?

Traffickers use social media to specifically seek out vulnerable children—and they can reach out to all of those children at one time.

According to the experts from the UT study, traffickers are drawn to children who post expressions of fear, emptiness, and disappointment, such as “nobody gets me,” “my life sucks,” “I need to get out of here,” and more. Traffickers also look for indicators of substance abuse, runaway activity, and home instability.

To explain how traffickers use social media for trafficking, one professional from the study commented, “These guys, they learn about the girls and pretend to understand them, and so these girls, who are feeling not understood and not loved and not beautiful … these guys are very good at sort of pretending that they are all of these things and they really understand them.”

Traffickers’ strategic responses include phrases like, ”I think you’re beautiful,” “I’ll encourage you to show your body,” and “I’ll protect you,” to get the victim’s guard down and establish trust.

Social media can help victims, too

“We occasionally use fake profiles to connect with other trafficking victims. This approach serves two purposes. First, it may allow us to catch the trafficker. Because traffickers often check their victims’ social media accounts, we can make ourselves look like an easy target who the trafficker might want to connect with. Second, and more importantly, we can check on the status of the trafficker’s victim and potentially even rescue them,” Annie says.

But there’s also a way potential victims can be protected over social media before a situation escalates. Our affiliates at Bark have developed an algorithm that can alert parents when predators have contacted their children on their devices.

According to the experts, a main way to protect kids from predators on social media is by having them communicate openly with trusted older figures, such as parents and mentors—they form the front line in the fight.

Now, we know having older people check your online presence isn’t the best feeling, but it is the safest option.

And, in this case, the safest option is most definitely the best option.