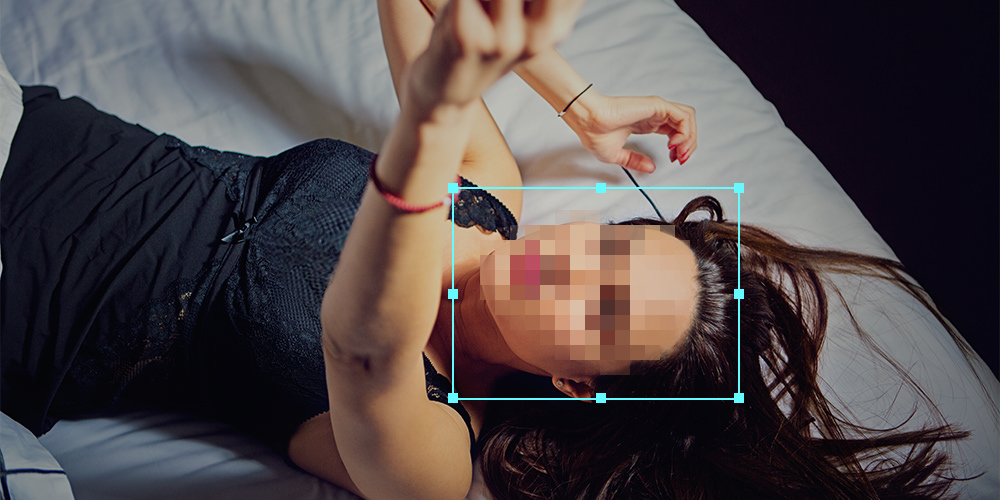 This post was originally published on HuffPost.com. It has been reposted with permission and edited for length.

On a busy workday in March, 28-year-old Kate felt an urgent tap on her shoulder. Her colleague wanted to show her a video, so she glanced at his computer and was shocked to see her own face staring back, wincing and moaning. She appeared on-screen to be lying naked on a couch with her legs in the air while a man repeatedly penetrated her.

Kate felt sick. Her co-workers, who’d gathered around to see what was going on, instantly fell silent when they saw the video. It looked real and even identified Kate by name, but she knew it couldn’t be. Beyond the obvious—she’d never done porn—she could tell it wasn’t her body; only the face was hers. It had to be some kind of hoax… but would other people believe it?

“It was horrifying,” Kate, who lives in Texas, told HuffPost. “I’d never seen anything like it.”

“When it’s Photoshop, it’s a static picture and can be very obvious that it’s not real,” said Kate, who’s been the target of previous misogynistic attacks. “But when it’s your own face reacting and moving, there’s this panic that you have no control over how people use your image.”

“The harm done to women when it comes to this kind of sexual objectification is happening now,” said Mary Anne Franks, a law professor at the University of Miami and president of the Cyber Civil Rights Initiative. “It’s almost like people have forgotten that this is what this technology really started out as, and the conversation around women has fallen away.”

Deepfakes Are Rooted In Misogyny

Deepfakes have been weaponized against women for as long as they’ve existed.

Other tech platforms have wavered in their approach to deepfakes hosted on their sites, torn between calls to stamp out disinformation and to protect free expression.

Related: Why It’s Sexual Exploitation When Celebrities’ Private Images Are Hacked And Shared

On one such forum, someone asked for a sex video of Tina, a 24-year-old Canadian woman, and dropped a link to her YouTube channel. Four days later, a deepfake popped up that appeared to show her bent over naked on a bed with one man thrusting behind her and another stroking his penis near her head. The video, which is virtually seamless, is still up with thousands of views.

“I was definitely shocked and disturbed,” Tina, who learned of the video when an acquaintance sent her a link, told HuffPost. “It felt really weird and gross to see my face where it shouldn’t be.”

The video poster and claimed creator is a middle-aged man, according to his profile. Tina has no idea who he is. She thought about trying to get the video taken down, but didn’t see a point once she realized it had already been shared to other websites.

“You know how the internet is—once something is uploaded it can never really get deleted,” she said. “It will just be reposted forever.”

It Could Happen To Anyone

Deepfakes are “no different from a photoshop manipulation or artist drawing/rendering,” the man, who did not reveal his name, told HuffPost. Asked if anyone ever requests that he remove the sex videos he uploads, he replied: “There are no takedowns.”

Despite his disregard for women’s privacy, he seems rather concerned with protecting his own: “I’m accepting payments in bitcoin and other crypto currencies (no paypal/credit card due to privacy reasons),” he wrote in one post. In another, he listed his price range as around $15 to $40 per video.

Like so many women, Amy, a mother and business owner who’s based in Los Angeles, has been harassed in the past with crudely altered images that were disturbing but clearly fake. She’d never heard of deepfakes until she was featured in one that portrays her having sex, and labels her a “slut.” In the comments section, people have commended the anonymous creator for the video’s believability.

“It didn’t get really concerning until the technology and skill level of those putting it together got better—to the point where people might actually believe that was me,” Amy told HuffPost. “If we see a video of something, we take it as fact.”

The Defense Advanced Research Projects Agency, or DARPA, a branch of the U.S. Department of Defense, has been working in recent years to develop machine-learning algorithms that can detect manipulated videos, including deepfakes. Much of the challenge lies in keeping pace with deepfake software as it continues to evolve.

No Real Options For Victims

“Being violated in such an intimate way is really a weird feeling,” Maya told HuffPost. “The idea of people sexualizing me makes me feel like I’m being fetishized, receiving unwanted attention, losing respect as a person and no longer safe.”

“As disappointing and sobering as it is, there aren’t a lot of options for victims,” said Carrie Goldberg, an attorney specializing in sexual privacy. Deepfake websites exist “to monetize people’s humiliation,” she added.

Women Are Being Silenced

Last spring, investigative journalist Rana Ayyub was the victim of a targeted disinformation campaign in India that was intended to intimidate and humiliate her.

Even now that the video has been debunked as fake, Ayyub will never be able to fully move on. She can’t undo the damage to her reputation, and she’s afraid of drawing more attention to herself on social media.

“I used to be very opinionated; now I’m much more cautious about what I post online. I’ve self-censored quite a bit out of necessity,” she said. “I’m constantly thinking, ‘What if someone does something to me again?’”

With no viable legal options on the table, Kate reluctantly turned to the deepfake forum where the video was posted and asked for it to be removed. The site owner told her she wasn’t the only woman on the page, then stopped replying, Kate said. She felt hopeless.

“It’s grotesque to know that it lives out there and there’s nothing I can do about it,” she said. “These things are so horribly believable, and you desperately want to say, ‘That’s not me!’ But that would just bring more attention to it.”

Like Ayyub, Kate has also started to limit what she shares online for fear that her content could be distorted and used against her without consequence yet again.

To read the full article on HuffPost.com by Jesselyn Cook, click here.