Cover photo screenshot of Youtube video. Trigger warning: Some may find the following post to be graphic and/or disturbing. Blake Lively is taking a stand and speaking... 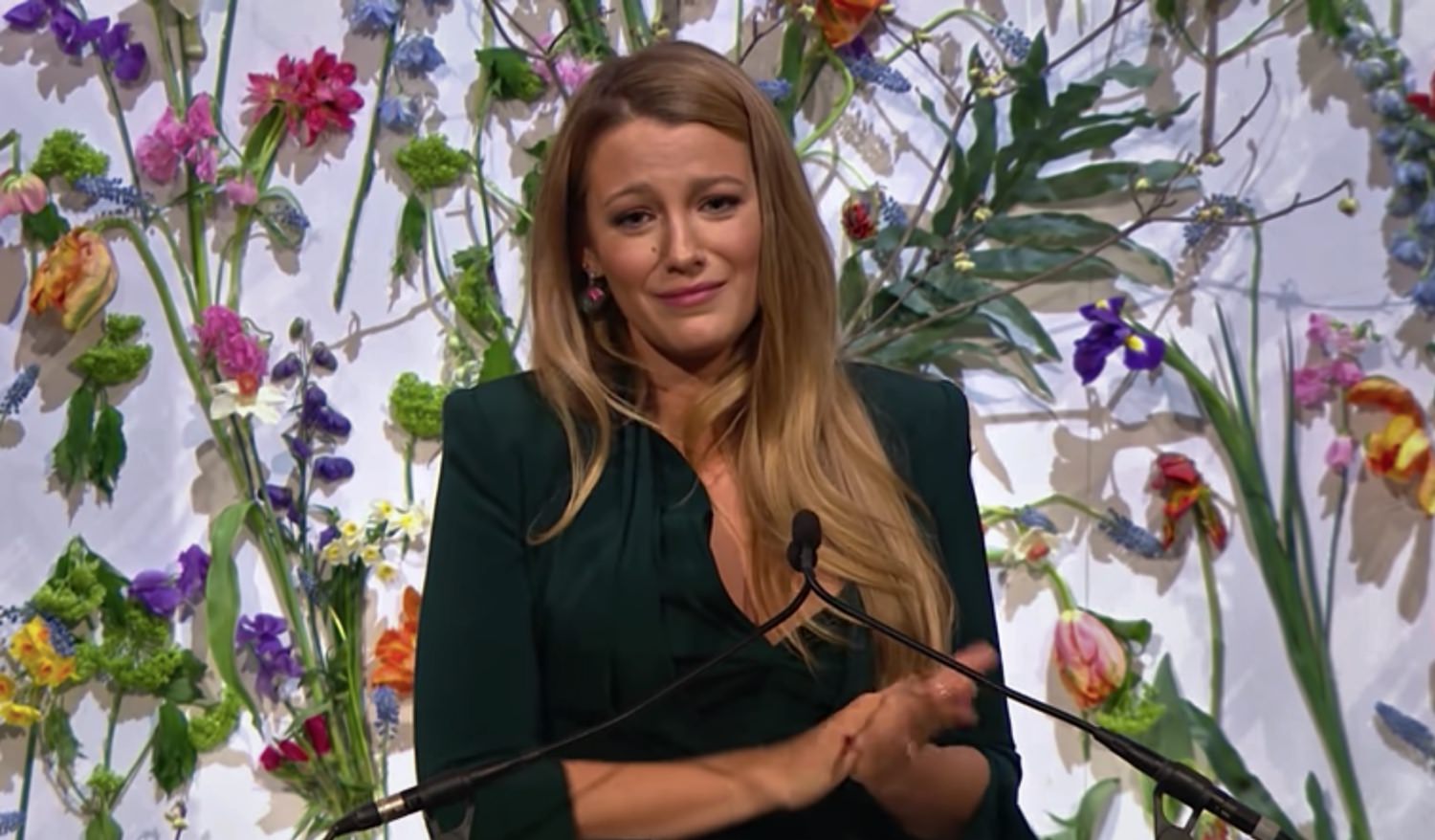 Cover photo screenshot of Youtube video. Trigger warning: Some may find the following post to be graphic and/or disturbing.

Blake Lively is taking a stand and speaking out against child exploitation imagery—or “child porn”—in a big way. Recently, the actress, activist, and mother of two spoke of the importance of eradicating sexual exploitation of children at the Variety magazine’s Power of Women event in New York City, which honored her efforts among a class of several other distinguished women of influence.

But it was Lively’s speech that brought the tears and the heartbreaking facts to light. Though the issue is one that is as dark as reality gets, the Hollywood star was a ray of light at the event, full of passion and love as she talked about the good work one particular organization is doing in the fight for the safety of children everywhere.

“I’m here today because I’m a momma.” Lively began, expressing her love and devotion to her children, and added, “If you think of what you would do for your child, I don’t think there’s anything you wouldn’t ask of yourself.” Which, for her, means using the best of technology to fight the worst of crimes, and using her platform to gather support for others to fight as well.

Related: How Child Sexual Exploitation And The Adult Entertainment Industry Are Linked

The actress became visibly shaken while describing some of the disturbing details she came across in her pursuit to understand just what is happening in the dark world of child exploiters and pedophiles. Speaking through tears, and powerfully explaining of the importance of eradicating child exploitation imagery, she introduced the Child Rescue Coalition to the room.

Her passion, emotion, and power, the things that make her a true Fighter, were evident on that platform in New York, and you really need to just watch it to get the full experience of her incredible speech. And be warned, because she does not shy away from the graphic details of the abuse that’s out there:

As she described in heartbreaking detail the horrifying realities law enforcement faces when pursuing consumers and traders of these kinds of images, Lively explained that when it comes to sexually exploiting children, there simply are no boundaries. It’s a practice that happens all over the world, and also in our own communities.

For many of us, it’s often easier not to think about the horrible things that can happen to children. It can make it seem farther away. But thankfully, there are organizations that are tackling the issue, head-on.

The Child Rescue Coalition harnesses new and innovative internet technology to track down downloaders of abusive material. And they do it, as Variety reported, by “promoting a groundbreaking technology that flags the IP addresses of people who share and download sexually explicit images of minors.”

In her speech, Lively made the connection to the compulsive need for more extreme content, saying that due to the nature of the internet with so much explicit content readily available, the consumers get desensitized, and as a result, “the kids are getting younger and the content is getting that much more devastating,” she said.

She described how one law enforcement officer told her that videos can feature infants. Still unable to grasp the reality of it, she asked what that meant, and he told her “with the umbilical cord still attached.” And this to the tune of 30 to 50 million files a day being traded—which number includes only the ones that are known.

“It’s happening to any child, to every child.” the actress said, citing again her own children as motivation to fight for the rights and safety of others. She added that children were, unfortunately, ideal victims because they can’t speak up, or when they do, they are not good witnesses in a court.

The Reason For Hope

Lively praised the Coalition by saying it was “proactive,” regarding these silent victims and that “they don’t wait for these children to speak up. Their work has led to some truly dramatic results.”

Founded in 2013, the Coalition has played a key role assisting law enforcement in arresting 9,000 offenders, and saving more than 2,000 kids from active abuse, according to some of the statistics the actress and activist shared in her speech, and by all counts it really is just beginning to scratch the surface.

In what is a unique and brilliant idea, Lively also explained how the Coalition is also hoping to broaden its scope to include communicating with companies like Uber or Care.com, essentially flagging those who trade or view any of these files for immediate disqualification should they apply for work in those capacities.

As for Lively, not only is she passionate about protecting children but she’s using her connections and star-powered platform to give a louder voice to the Child Rescue Coalition. Acknowledging the issues we all need to be talking about she said, “Unspeakable things are happening, but…I’m going to speak about them because I feel like if these kids are experiencing this [abuse], the least that they deserve is for us to hear what is actually happening to them.”

We support Blake Lively in her fight to end the sexual exploitation of children, and we applaud her boldness in speaking out for those who cannot speak for themselves. We hope to see more people get involved with the movement to stop the demand as the research continues to show the facts.