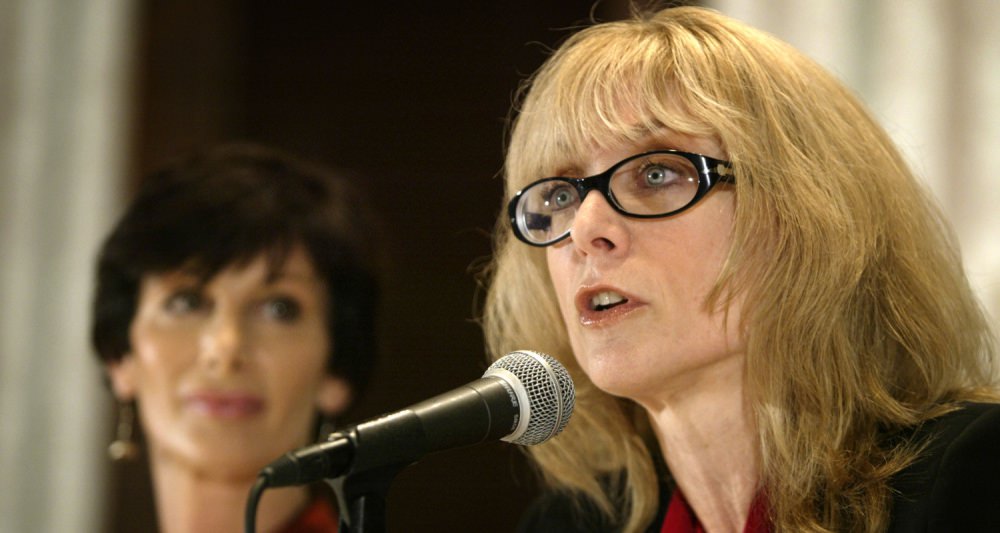 It was a costly decision for Gow in multiple ways after there was serious backlash for performer Nina Hartley’s guest lecture, entitled “Fantasy vs. Reality: A critical view of adult media.”

According to Gow, Hartley was paid $5,000 for her appearance—much less than the $75,000 or $80,000 some other sex educators demand, he said. Her pay was taken from the university’s auxiliary fund, which consists of student fees and interest.

The attention the post received and the wider conversations it sparked were unexpected, but amazing. 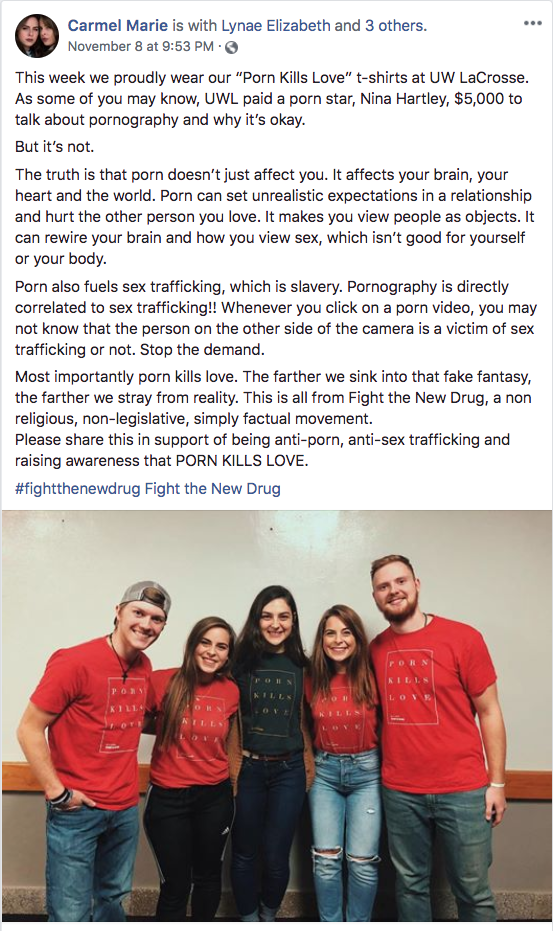 “It got a lot of publicity over the weekend [after the talk]. Monday morning, we got the glorious news that the university’s chancellor is having FTND come to the University of Wisconsin-La Crosse because of all the social media attention,” Carmel said. “We want what’s best for our community and we want everyone to know the truth behind pornography.”

The news also got out that the university’s chancellor personally reimbursed the school the thousands it paid to the performer.

How cool is that?

But we know our presence on campus might spark some questions about who we are and what we stand for, so here’s the rundown:

Who is Fight the New Drug?

Why would attending a Fight the New Drug presentation be beneficial?

Does Fight the New Drug have a religious affiliation?

No, Fight the New Drug has no religious affiliation.

Since the beginning, we have founded our campaign solely on science, facts, and personal accounts. We are extremely careful in making sure that everything we create, repost, share, or promote falls within the bounds of being based upon science and fact—you will not find any discussion of morality anywhere in our content. We invite people from all faiths and backgrounds to apply what they learn from this movement to their own personal beliefs system and encourage them to be respectful of those different than themselves. Of course, we also strive to be respectful of all the different beliefs and backgrounds that exist within our movement, which is why we do everything we can to make sure our conversation takes place within the context of raising awareness on a public health issue, not a particular religious or moral belief.

Does Fight the New Drug have a legislative agenda?

No, we are a non-legislative organization. Our mission is to create a groundswell of knowledge and fundamentally change the way people think about the topic rather than lobbying political action. We recognize that there are many illegal forms of pornography and we believe those should remain illegal and be pursued by the legislative system in place. We support those groups and organizations doing so. That being said, our goal from day one has not been to prohibit the supply of pornography but rather decrease the demand through education, not legislation. Check out this article for more info about why we’re not out to ban or censor porn.

An opportunity to get the word out 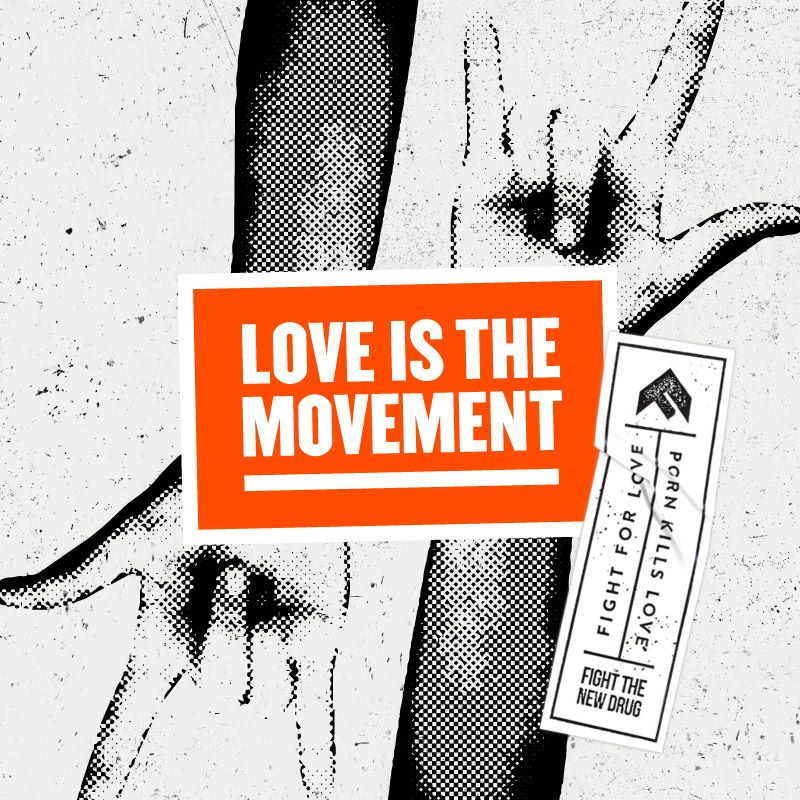