Cover image: © Elaine Thompson/File Fight the New Drug is a non-religious and non-legislative awareness and education organization that provides access to resources that are helpful to those...

By Fight the New DrugOctober 7, 2016No Comments 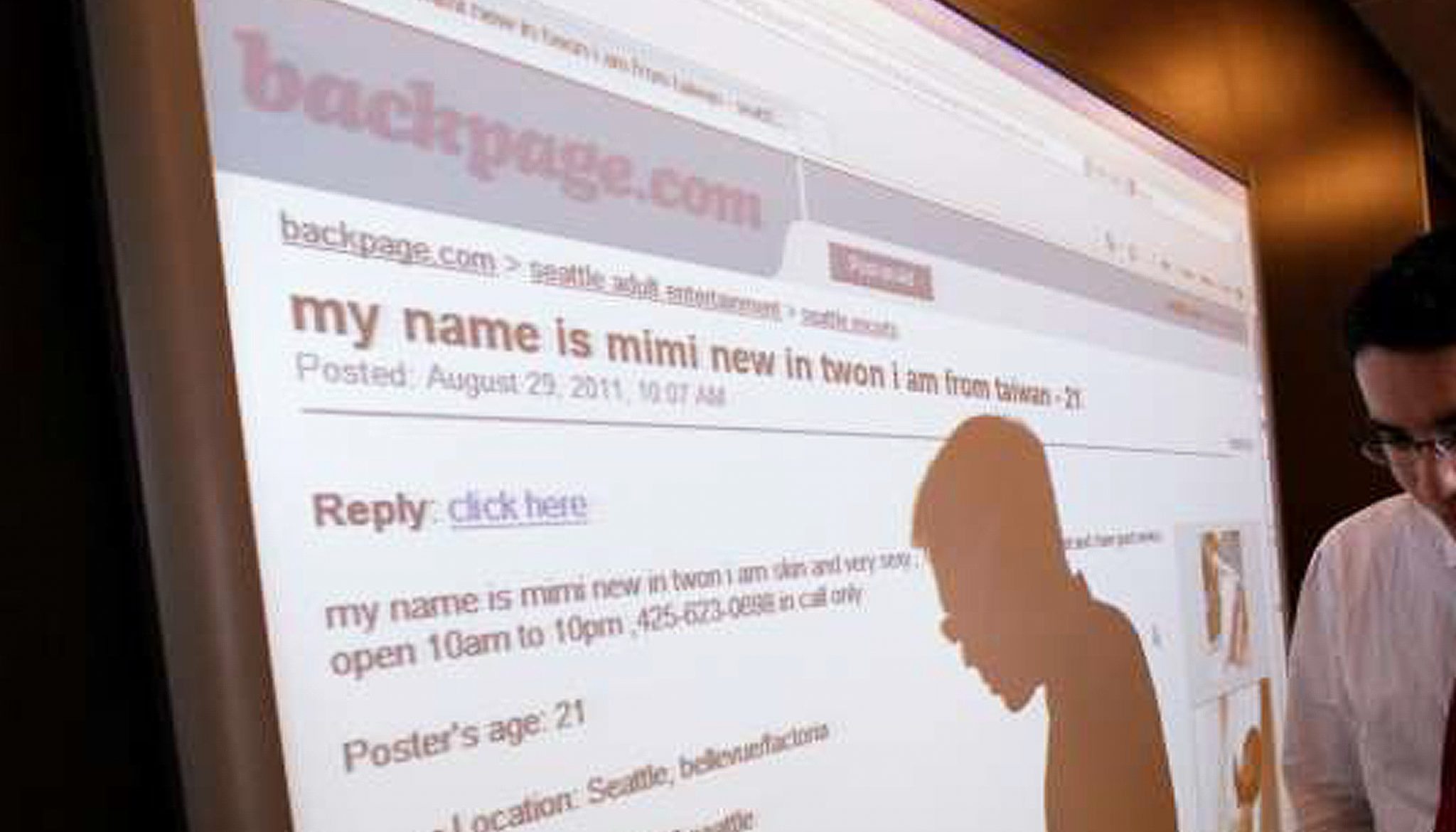 Backpage.com, the classified ads website that has been on the National Center on Sexual Exploitation’s ‘Dirty Dozen List’ for the past three years consecutively, has finally been served swift justice for its role in the prostitution and sex trafficking of countless women.

According to a report by NBC, agents raided Backpage’s Dallas, Texas headquarters and then arrested its CEO Carl Ferrer due to allegations that adult and child sex-trafficking victims had been forced into prostitution through escort ads posted on the site. Ferrer, 55, was arrested on a California warrant after arriving at Houston’s Bush Intercontinental Airport on a flight home from Europe.

Texas Attorney General Ken Paxton said at a press conference in Dallas, “We must stop at nothing to break the ability of those at Backpage to facilitate that slavery.”

California Attorney General Kamala Harris said that Ferrer was arrested on felony charges of pimping a minor, pimping, and conspiracy to commit pimping. He is being held in lieu of $500,000 bond and will face an extradition hearing before he can be returned to California.

“Raking in millions of dollars from the trafficking and exploitation of vulnerable victims is outrageous, despicable and illegal,” said Harris. “Backpage and its executives purposefully and unlawfully designed Backpage to be the world’s top online brothel.”

The site’s controlling shareholders, Michael Lacey, 68, and James Larkin, 67, have also been charged with conspiracy to commit pimping, Harris said in a statement. Neither of them has been taken into custody although warrants have been issued for their arrest. Under California’s law, felony pimping is defined as making money off of prostitutes or soliciting customers for prostitution.

Backpage advertises a wide range of services, but the California arrest warrant alleges that internal business records obtained through a search warrant show that 99 percent its revenue came from its adult services section between January 2013 and March 2015. California officials said the site collects fees from users who use coded language and nearly nude photos to offer sex for money.

Worldwide revenue from sex ads topped $3.1 million in just one week last year, according to a court affidavit. It says Ferrer expanded Backpage’s share of online sex marketing by creating affiliated sites including EvilEmpire.com and BigCity.com with related content. The site operates in hundreds of cities worldwide, authorities said, including more than 30 in California. It collected $2.5 million per month just from California, or more than $51 million during the 29 months covered by the IRS. Larkin and Lacey each received $10 million bonuses from the website in September 2014, according to the court filing.

California authorities said the state’s three-year investigation found many of the ads include victims of sex trafficking including children under the age of 18. One of the advertisers, identified only as 15-year-old “E.S.,” “was forced into prostitution at the age of 13 by her pimp,” according to an affidavit filed with the complaint. She used other online advertising services until they were shut down, the court filing says, when she turned to Backpage.

“I mean really, coming from someone my age, there is too much access, like it’s too easy for people to get on it and post an ad,” she told a California Special Agent. California officials said their investigation was prompted in part by the National Center for Missing and Exploited Children, which reported 2,900 instances to California authorities since 2012 when suspected child sex trafficking occurred using Backpage.

The criminal complaint includes allegations that five minors, three of them including “E.S.” under age 16, paid to post advertisements on Backpage. The charges against Ferrer could bring him nearly 22 years in prison, while Larkin and Lacey face a maximum six years.

Backpage has been the subject of recent Senate hearings into its classified ads. Last month, the Supreme Court refused to block a Senate subpoena seeking information on how Backpage screens ads for possible sex trafficking. They put the site’s estimated annual revenues at more than $150 million, calling it “a market leader in commercial sex advertising.”