By Fight the New DrugJuly 3, 2018No Comments 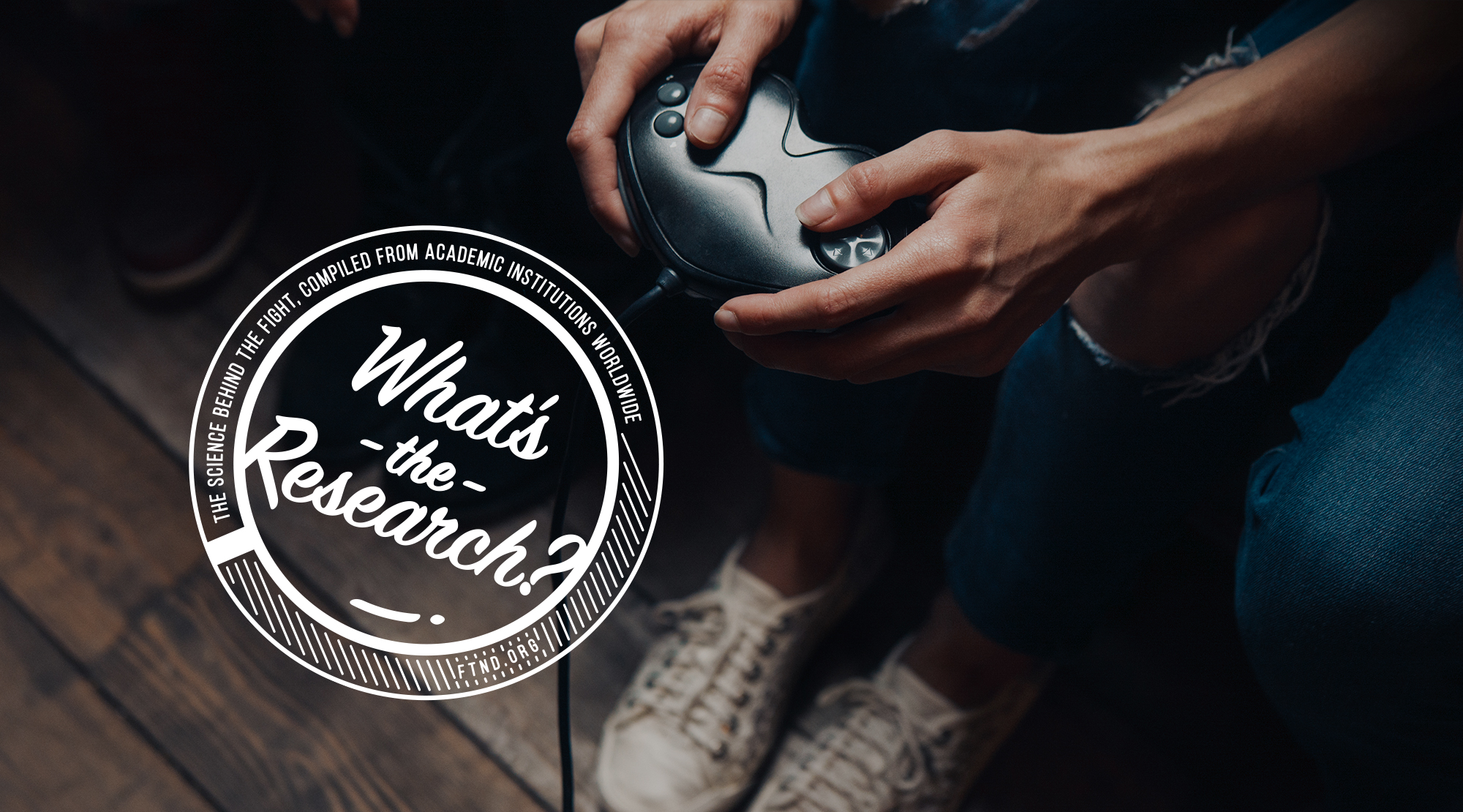 Video games have become a normative part of Western culture. For most video game players, video games are a harmless way to relieve stress, socialize with peers, and spend time. Parents of adolescents and young adults frequently joke that their kids are “addicted” to video games, but this is hyperbole for most youth. However, there is evidence that for some individuals, video game play can interfere with social functioning and well-being.

There is no universal definition of addiction, but Orford (2001) defined addiction as “a combination of operant reward, usually in the form of some powerful emotional change, plus wide cue elicitation of conditioned responses that assists consumption in one way or the other, operating within diverse social contexts, between them constitute a powerful set of processes responsible for the amplification of a small and unremarkable liking into a strong and potentially troublesome attachment (p.22).” Hellman et al. (2013) further elaborate that a reward in this context can be anything that is pleasurable, and does not limit only to substances, but can include rewards like gambling and video games. Therefore, addiction need not be limited only to substances, but can include any external stimuli that creates a “strong and potentially troublesome attachment.” Video game use becomes pathological when this strong attachment damages multiple levels of functioning such as family life, social functioning, school or work performance, or psychological functioning (Gentile et al., 2011).

Video game addiction has been associated with a variety of negative psychological and social outcomes including decreased life satisfaction, loneliness, social competence (Lemmens et al., 2009), poorer academic achievement, increased impulsivity (Gentile, 2009), increased aggression (Griffiths et al., 2012), and increased depression and anxiety (Mentzoni et al., 2011). It is important to note that time spent playing video games alone was not associated with these negative social, emotional, and psychological outcomes and that these negative outcomes are specifically related to video game addiction (Brunborg et al., 2014). Some research suggests that some of the negative consequences of pathological gaming can be negated if gamers are able to disconnect from the gaming world. For example, Gentile et al. (2011) found that depression, anxiety, and social phobias all improve when adolescents stop being a pathological gamer.

1,205 young adults who reported playing video games were recruited from two large universities in the United States, one in a large urban setting in the Midwest and one in the Mountain West. Of the 1,205 young adults screened, 87 met the criteria for video game addiction (approximately 7%). Participants were recruited through university online systems for introductory psychology courses and were given class credit required for course completion for completing an online study. Participants completed an online survey through Qualtrics which took approximately one hour to complete. They were specifically told that the purpose of the study was to examine media and behavior and that they must have played video games to participate. All participants gave implied consent and all procedures and materials were approved by both universities internal review boards.

Video game addicts displayed mixed results regarding social health and functioning. Addicts did not report any difference in social support or feelings of companionship compared to non-addicts. Addicts feel that they have people to turn to when they need it and that they have friends and a support system. However, it is unclear from these measures if these social relationships are online with other video game addicts, or face-to-face relationships. Future research should specifically examine friendships and social support systems in video game addicts. Conversely, addicts did report feeling more isolated than non-addicts. This is supported by past research that has shown that social isolation is a risk factor for the development of addiction (Lovic et al., 2011). Likewise, internet addiction has been associated with increased social isolation and feelings of loneliness (Yao and Zhong, 2014). Video game addiction may follow similar patterns to internet addiction, where addicts report many friends and online relationships, but these relationships cannot replace face-to-face contacts in terms of reducing feelings of loneliness and isolation. Taken together these results suggest that video game addicts may be at risk for some markers of poorer social health and functioning compared to non-addicts who play video games.

Of particular note, video game addicts showed increased symptoms of problematic internet pornography use compared to non-addicts. There is a vast body of literature that suggests that addicts of one type are at increased risk for developing addictions in other areas (Bruchas et al., 2011). The results of the current study lend support to this notion. It is likely that addiction is a result of underlying cognitive, biological, psychological, social, and emotional difficulties that place people at increased risk for addiction. These difficulties, such as poor impulse control, seem to be the same in video game addiction.