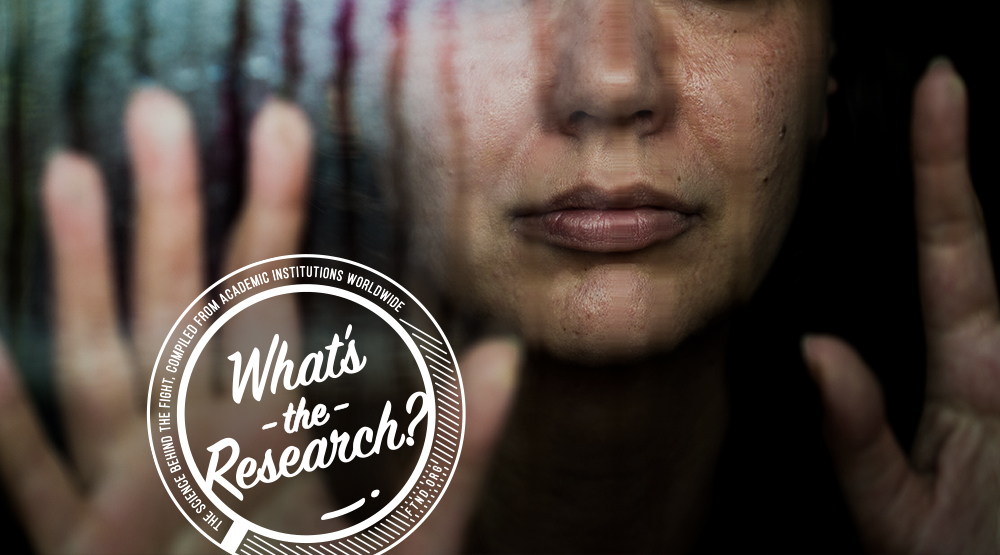 A Descriptive Analysis of the Types, Targets, and Relative Frequency of Aggression in Mainstream Pornography

Most models of social learning suggest consistency and frequency of messages matter. If women are more often the target of aggression, the consistency of this message will make it more likely to be learned. Additionally, social cognitive theory suggests that the depicted reaction to behavior in media is important. Positive reactions by the target of a behavior are understood as reinforcing or rewarding the behavior, while negative reactions may discourage viewers from applying such behaviors. If women react either positively or neutrally to aggression, sexually aggressive scripts held by the consumers may be reinforced.

Given the framework of learning theory, we pose the following questions in this study:

A large-scale content analysis coded a sample of 7,430 pornographic videos taken from two free Internet pornographic tube sites, Xvideos.com and Pornhub.com, which are two of the most popular sites according to alexa.com and similarweb. com. This study oversampled and also added additional LGBT videos after the initial video collection, raising the total number to 7,430. The goal of this large-scale project was to take a snapshot of popular online pornography by sampling a large and random number of videos from each site. Videos were not selected based on posted date or popularity. Instead, a random sample of all available videos was taken to demonstrate what sexual behaviors a selected video of Internet pornography might contain.

The current study provides a baseline of the prevalence of sexual aggression on two popular online pornography sites based on a large-scale content analysis. Previous studies of sexual violence or aggression in pornography have varied widely in their reported presence of aggression, ranging from as few as 1.6% of examined scenes in a non-random sample of 50 popular DVDs (McKee, 2005) to as high as 88% in a non-random sample of 100 popular pornographic DVDs (Bridges et al., 2010).

The current study found that physical aggression was substantially more common in online pornographic videos than verbal aggression. Although this study did not record the content of every insult, many insults were gender-specific, such as calling a woman a “bitch” or “slut.” This finding may also reflect the relatively low level of verbal communication in pornography, especially on free streaming sites. Many videos are edited to cut out many of the early action and scenes. These scenes are typically the ones providing context for the subsequently depicted sexual action and are also likely to include dialogue which may include verbal aggression.

In line with results from previous studies, women were overwhelmingly found to be the target of both physical and verbal aggression (Bridges et al., 2010; Klaassen & Peter, 2015). Specifically, women were the target of nearly 97% of all physically aggressive acts in the samples from both sites. This is an important finding. Although some have argued spanking could be considered a non-aggressive sexual act if the intent is not to harm (McKee, 2005), the data suggest women are the target of spanking in almost all scenes. Our data clearly suggest that a sexual script of spanking women but not spanking men is being normalized within online pornography. Indeed, all examined aggressive acts appear normalized to be perpetrated toward women and not men, such that it is implausible to imagine a woman spanking a man, choking him, or pulling his hair outside the context of a consensual BDSM depiction. As such, most physical aggression has not just been normalized in the sexual script, and it has been normalized to be against women.

The findings indicate women’s response to both physical and verbal aggression is overwhelmingly positive or neutral, demonstrating either explicit or implicit affirmations of pleasure. This is not to say women cannot enjoy acts of aggression, particularly when it is consensual. However, it is problematic if women respond to aggression by displaying no reaction at all. Affirmative reactions endorse a sexual script suggesting women enjoy and welcome aggression, while neutral reactions suggest a woman is not even engaged with the sexual aggression against her. She has become a sexual object with no interaction with her sexual partner. If the only responses seen when women are the target of aggression are pleasure or non-response, male viewers may assume women either enjoy aggression or that their feelings or feedback regarding aggression is simply not important. This may normalize a script of a woman’s body as an object or recipient of aggression. Women may also learn that they are supposed to experience pleasure with aggression or that they should ignore any discomfort they do experience and give a neutral response. This general lack of displeasure by women in response to seemingly unpleasant occurrences in pornography implies they should enjoy all sexual behaviors enacted upon them.

This study suggests that a significant portion of pornography contains depictions of aggression against women with no negative responses from targets; this may lead to the development among consumers of a sexual script that encourages the learning of aggression against women. Although consumers may not go to mass media, including pornography, with the specific motivation to learn sexual behaviors, they still might absorb the provided scripts. Research suggests mass media, ranging from magazines, to TV, to pornography, can have an impact on consumers’ sexual attitudes and behaviors (Hust et al., 2013; Vandenbosch & Eggermont, 2015; Wright et al., 2016).