These findings suggest that mental and sexual health professionals should take the concerns of clients identifying as pornography addicts seriously.

By Fight the New DrugJanuary 15, 2021No Comments 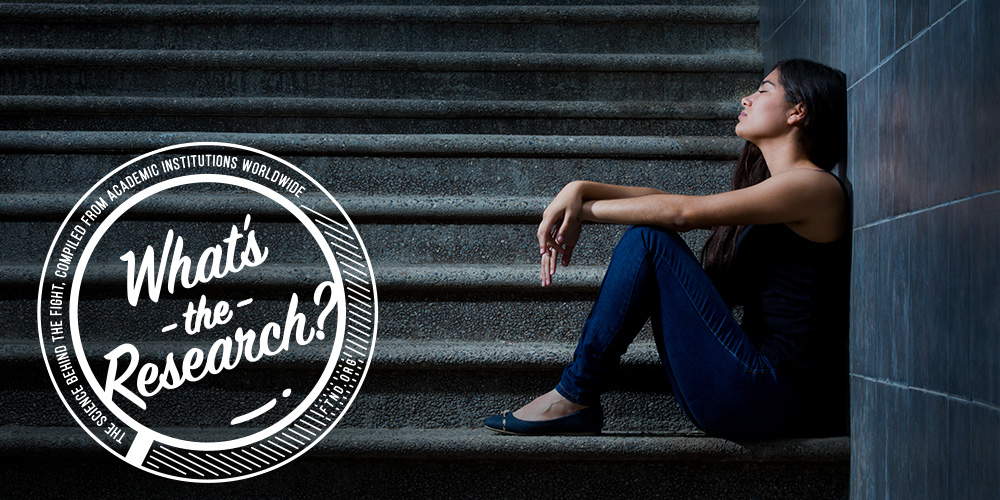 Self-identification as a pornography addict: examining the roles of pornography use, religiousness, and moral incongruence

Internet Pornography Use (IPU) is a common recreational activity throughout the United States (Price, Patterson, Regnerus, & Walley, 2016; Regnerus, Gordon, & Price, 2016) and the developed world (Chen, Leung, Chen, & Yang, 2013; Rissel et al., 2017; Ross, Månsson, & Daneback, 2012). Despite its popularity, IPU remains controversial in popular (Ley, 2016) and academic literatures (Chisholm & Gall, 2015; Ley, Prause, & Finn,2014). At the heart of these controversies have been the ongoing debates about whether or not IPU can become addictive – that is, whether or not individuals may become dysregulated or compulsive in their use of pornography (Clarkson & Kopaczewski, 2013; Duffy, Dawson, & das Nair, 2016). The recent inclusion of Compulsive Sexual Behavior disorder in the ICD11 suggests that there is increasing awareness of such a possibility in the mental health community (Kraus et al., 2018; World Health Organization, 2018). This new recognition is consistent with the considerable body of evidence that many people (especially men) may report feelings of addiction or compulsivity related to their IPU (Cavaglion, 2008, 2009; Grubbs, Sessoms, Wheeler, & Volk, 2010), and many organizations and social groups are full of individuals who self-identify as having been addicted to internet pornography. The present work sought to examine these factors, specifically focusing on what might prompt someone to self-identify as addicted to internet pornography.

Shortly after the advent of the internet, technology quickly became a venue for the propagation of pornography (Johnson, 1996). Following this recognition, reports quickly emerged, detailing the potential for IPU to become unregulated and out of control for some people (Cooper, 1998). In the two decades that followed these initial reports, hundreds of empirical articles have described the various ways that IPU may be problematic for some individuals (Duffy et al., 2016; Short, Black, Smith, Wetterneck, & Wells, 2012; Walton, Cantor, Bhullar, & Lykins, 2017; Wright, Tokunaga, & Kraus, 2016), with many of these reports focusing on the potential for users of pornography to become excessive or compulsive in their use (Byers, Menzies, & O’Grady, 2004; Cooper, Delmonico, & Burg, 2000; Young, 2008).

Given such popularity in the general public, it is unsurprising that problematic IPU is also commonly encountered in clinical practice (Crosby & Twohig, 2016; Kalman, 2008; Mitchell, Becker-Blease, & Finkelhor, 2005; Twohig & Crosby, 2010). In field trials for the DSM-5, IPU was the most commonly reported compulsive sexual behavior seen in clinical settings (Reid et al., 2012). Additionally, across a variety of mental health settings, clientele often present with complaints of problematic or compulsive IPU (Gola, Lewczuk, et al., 2016; Kraus, Martino, & Potenza, 2016; Sutton, Stratton, Pytyck, Kolla, & Cantor, 2015). Such popularity also extends to mental health professionals as well, with counselors from a variety of training backgrounds purporting to treat such problems (Short, Wetterneck, Bistricky, Shutter, & Chase, 2016). In sum, there is a preponderance of evidence suggesting that many people believe themselves to be addicted to internet pornography and that many of these individuals are seeking professional mental health treatment for these perceived problems, despite the lack of consensus in the scientific community about the accuracy of such perceptions.

As such, the present work was designed to add to an already rich body of research and to add nuance to a controversial research domain.

In contrast to this prior work and to our pre-registered hypotheses, the present work consistently found that male gender and average daily use were the best predictors of self-identification as a pornography addict, though moral incongruence remained an important contributing factor in each analysis.

Such a discrepancy suggests that there is a qualitative difference between dimensional ratings of self-reported feelings of addiction and binary endorsement of addiction. Importantly, these findings were evident even in divergent samples (e.g., adults online vs. college students vs. a sample matched to U.S. demographic norms), suggesting that these results may generalize to the larger population.

Whereas past work in community (i.e., non-clinical) samples has suggested self-reported feelings of addiction may predominantly be a function of moral scruples or religiousness, our binary analysis suggests that self-identification as an addict is robustly associated with IPU itself. More succinctly, the present work suggests that individuals who self-label as addicted to pornography are likely engaging in more average daily use of pornography and greater frequency of pornography use. Those who identify as addicts are engaging in IPU more often and spending more time in IPU.

Collectively, these findings suggest that mental and sexual health professionals should take the concerns of clients identifying as pornography addicts seriously, while also considering the roles of both self-perception and behavioral dysregulation.