An ongoing investigation has led Norwegian police to a Seattle-based conglomerate that profits from livestreamed sexual abuse of children—and could likely be storing a large number of child exploitation videos.

This article was first published in September 2021.

An ongoing investigation led Norwegian police to a Seattle-based conglomerate that is profiting from the live-streamed sexual abuse of children—and could likely be storing a large number of child exploitation videos.

Officials have videos of three customers ordering child sexual abuse material (CSAM) through the American website, with strong belief there are others.

The ICF Technology/Accretive Technology Group is established and owned mainly by two people. On Twitter, one introduces himself as a philanthropist and real estate investor who loves to snowboard.

Related: 8 Things You Should Know About Child Sexual Abuse

The website operates similarly to OnlyFans, in that buyers chat with individual creators who make made-to-order requests for content in exchange for a fee. Norwegian police have found it’s not uncommon for creators to abuse kids when asked, or to be fronts for abusers.

The American website has confirmed it keeps video evidence of every livestream that happens on its platform and has been doing so for 15 years, however, they seem uncooperative in looking for or turning over CSAM other than what Norwegian investigators have already found.

Jervell says these sites have become meeting places for people who sell child abuse and those who want to pay for it, and that there are two reasons customers and abusers use these websites—they need a common meeting place, and they need a good payment solution. The Seattle conglomerate provides both.

Jervell has been tracking buyers on the website for years, and emphasizes the difficulty in catching those who make money off of child sexual abuse. He’s been tracking one man from eastern Norway since 2018—who was recently convicted of assault for incidents that occured between 2013-2018 and is secured in a Norwegian prison. The man is now willingly vocalizing what he knows about the site.

He spent the equivalent of $24,000 U.S. dollars—most of which went to the American website, and a portion was passed on to the abusers in the Philippines. Norwegian police worked in a joint operation with Philippines officials to arrest several of the people who sold children online for sex.

The following is a real photo of where the children were found: 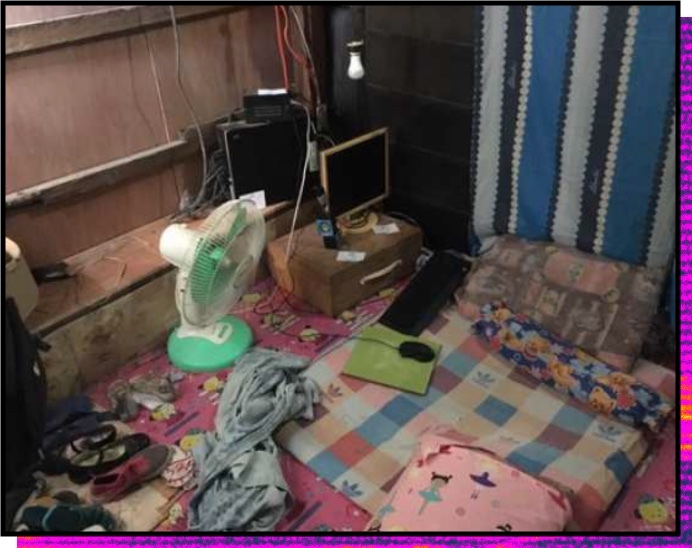 The American website sent Jervell about 1,500 pages of conversations logs between the eastern Norway man and 692 different women on the site.

They found 550 conversations in which the man asked plainly for children, with some responses that children were available and subsequently abused according to the man’s instructions. 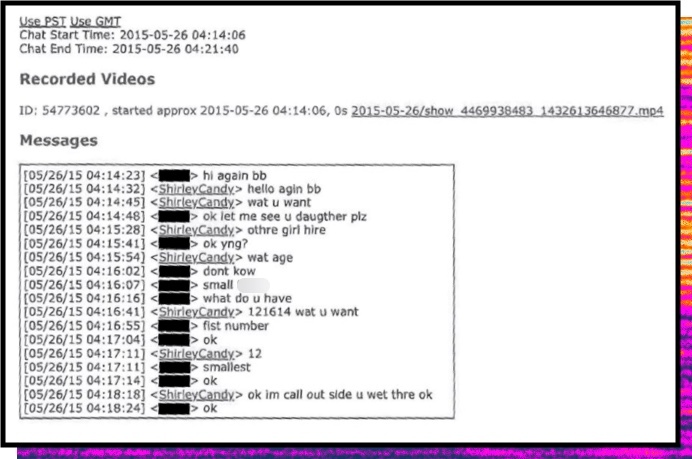 In the chat logs, Jervell uncovered a recurring phrase—“recorded videos”—in reference to the livestreams with children. He discovered that the website saved a video of every livestream session conducted on their platform.

When asked to identify and hand over more videos, the site responded that there were too many and it was too much work to find them all. They would only send the specific videos Norwegian police had requested from the one buyer.

A few weeks before trial, police were sent four videos—all showing the abuse of children. Six months later, in December 2020, Norwegian police received a USB containing 65 new videos of the eastern Norway man engaged in the livestream abuse of children. The 65 videos came from only 14 of the man’s 692 contacts.

Related: Uncovering The Dark World Of Trafficking In The Webcamming Industry

Several of the videos show what police believe is the documented rape of children under the age of ten. Two of the videos in the bunch were ordered by two other customers—not the Norwegian.

“The videos showed that three men in different countries in one night had ordered and instructed abuse against the same Filipino girl… The children are abused by those closest to them: a mother, an aunt, a father or an uncle. And the only reason it happens is because someone here in the West chooses to spend a few hundred bucks on just that. It does not cost much,” Jervell says.

Jervell hasn’t been able to identify the girl or the other two abusers, but has sent the information to the FBI—along with the strong inclination that there are many more abuse videos to be found on the website’s server.

Why are some websites knowingly permitted to profit from the abuse of children?

Jervell says that lack of international cooperation between police, especially when criminal acts take place across the boundaries of several countries, is one of the reasons why websites like these aren’t addressed.

The inquiry from Norwegian authorities is the first the American website has received by police in over five years.

Although Philippine police knew about the website, Gideon Cauton from the International Justice Mission says, “But we do not pursue this, since the websites are not based in this county. There is hardly anyone else who pursues it, either.”

Janne Ringset Heltne, head of the prosecution for the Dark Room cases at the police in Bergen, says they’ve also known about the website for years.

“It is a challenge for us to get information from several of the websites, some do not respond, others deny that it happens with them, even though we see signs of the opposite. Many of them oppose the police. We have no coercive measures if they do not cooperate,” Heltne says.

Consider the potential solution to this roadblock if, for example, the American website were to cooperate with locating the videos in their possession. The platform also has access to who made the videos and who paid for them.

Earlier this spring, Jervell was also informed that the FBI has chosen not to pursue an investigation, and that they claim their investigation of the eastern Norway man “yielded negative results.”

However, Jervell says the FBI failed to acknowledge his actual tip—the fact that the American website has a habit of storing live videos, and could be in possession of hundreds, maybe thousands, of these documented incidents of child sexual abuse.

Sites that perpetuate and profit from abuse

In the United States, websites are required by law to report any learned child abused material on their websites or servers. So why isn’t the American website required to turn over all of the material to police? Pinter adds, “Unlike almost any other industry, the authorities and police have largely ignored these. Authorities refuse to regulate them.”

Jervell says he and his team have made repeated inquiries to other websites, clearly stating that there is abuse of children on their platforms—with no response. “One can ask to what extent they want to do something about it.”

The two owners of The ICF Technology/Accretive Technology Group denied to respond, but referred to an employee who they call a “records custodian” who says, “We abhor child abuse and continually improve our processes to help prevent this type of abuse from occurring.”

Still, the conglomerate leaves many questions unanswered, like how much of the nearly $25,000 spent by the Norwegian man went to the site itself and how much was passed on to the abusers? What have they done to identify other recorded and saved videos of child sexual abuse? What have they done with the evidence of three customers abusing a Filipino girl in the same night? And why has none of the child abuse material found on their platform been reported to the NCMEC, as required by US law?

Just last month, one of the other suspected abusers was sentenced to 4.5 years in district court in Germany, but the order has been appealed. He awaits further investigation. In the UK, seven cases are also awaiting trial.

Jervell urges police in all affected countries to work together, and for the websites to take on their share of responsibility for child sex crimes taking place on their platforms.