In the sample of 3,044 participants, one in 12 reported having been victims of nonconsensual pornography at some point in their lives. 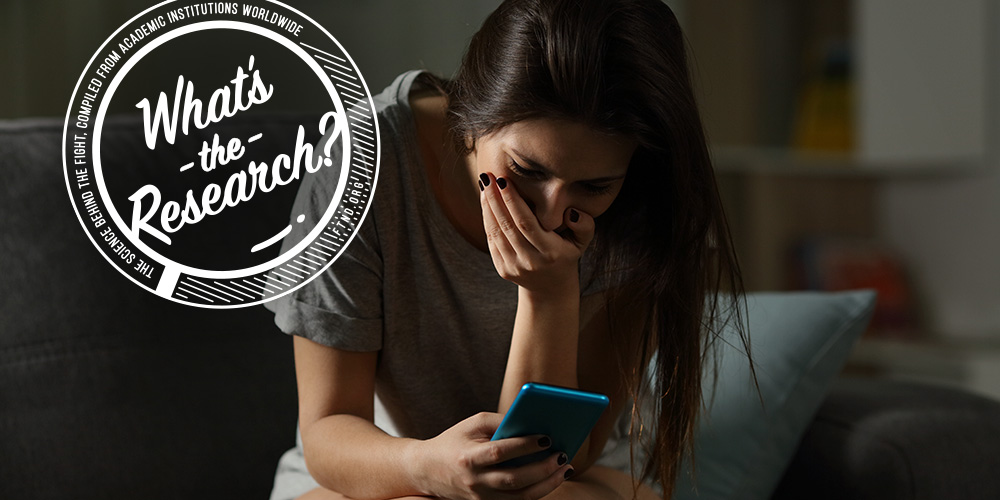 Nonconsensual Pornography Among U.S. Adults: A Sexual Scripts Framework on Victimization, Perpetration, and Health Correlates for Women and Men

Technology is an essential mechanism for social communication today. Most Americans, across all ages, races, and socioeconomic levels, are active Internet and cell phone users, with 95% of Americans owning cell phones (Anderson, 2015) and 89% using the Internet (Pew Research Center, 2018).

Research on the frequency and nature of technology-facilitated sexual abuse is still scarce. Using a nationally representative sample of U.S. adults, Lenhart, Ybarra, and Price-Feeney (2016) found that one in 25 online Americans had someone threaten to post/or post their nude or nearly nude image without their consent. However, the operationalization of nonconsensual pornography in that study was restricted to images distributed online and disseminated with the intent to embarrass or harm (Lenhart et al., 2016). This may have led to an underestimation of the problem, as nonconsensual pornography occurs across all domains of technology, including e-mail and text message.

The current study will further contribute to the literature on digital sexual abuse by examining U.S. adults’ experience with nonconsensual pornography using an inclusive definition that does not limit the method of dissemination, the relationship between perpetrator and victim, or perpetrator motives. In a further extension of current knowledge, we also examine the health correlates of women’s and men’s victimization using a framework of sexual scripts.

The invitation included a variation of the following statement: “Help us understand more about what Americans think about sharing nude images online. Take our survey and voice your opinion.”

The images on the advertisements were unrelated to sexual content, such as computer screens or raised hands. Facebook Ads Manager was used to apply a proportional quota sampling technique to achieve a sample of men and women adult participants in each U.S. state proportional to that state’s population. Proportional quota sampling is a nonprobability sampling technique that selects participants non-randomly in accordance to a fixed quota (Trochim, Donnelly, & Arora, 2015).

Unique to this technique is that the sample gathered is proportional to a prespecified characteristic of the population. In this case, the sample is derived from the U.S. population proportionate to the men and women populace per state (Trochim et al., 2015). In other words, we used this sampling technique to target an equal number of men and women proportional to the representation of each state in the United States. For example, according to the 2016 U.S. census demographics 3.99% of the American population was located in Illinois. Thus, we recruited 4% of our total sample from Illinois.

After the desired quota of participants from each state was reached, the ads no longer targeted that state.

Women experienced higher rates of nonconsensual pornography victimization than men overall, whereas men reported higher rates of perpetration. These gender differences are consistent with research on interpersonal violence (Black et al., 2011; Breiding, 2015; Jewkes et al., 2017), and may reflect a power imbalance informed by sexual scripts and double standards (Green & Faulkner, 2005). Although motivations for nonconsensual pornography perpetration are vast, anecdotal evidence reveals it is common for a woman’s sext to be distributed without consent as a form of punishment or control by a partner or ex-partner (Cyber Civil Rights Initiative, 2018a).

The emergence of nonconsensual pornography during adolescence reflect a similar pattern like interpersonal violence in adolescence (Centers for Disease Control and Prevention, 2016), or teen dating violence, and this makes sense because it is a developmental time where individuals start to form lasting relationship dynamics.