10 Celebrities Who Use Their Platforms to Help End Sex Trafficking

By Fight the New DrugJanuary 16, 2020No Comments

FTND note: by shining a spotlight on these celebrities’ projects to raise awareness on trafficking, we are not implying an endorsement or making statements of support for their personal work or other projects.

“Today you can go online and buy a child for sex. It’s as easy as ordering a pizza.”

That’s one of the opening lines in a recent star-studded PSA  about sex trafficking that features celebrities like Seth Meyers, Josh Charles, Tony Shalhoub, Amy Schumer, and others.

The celebrities in this important PSA aren’t the only ones who have chosen to use their public platforms to give more visibility to the massive problem of human trafficking. This month during #HumanTraffickingAwarenessMonth, we are reminded that thousands of children are sold in the United States every day, on the hour. Children, men, and women are being sold and exploited every hour in towns and cities across the world. And that’s not something we can or should accept.

So, in order to get you hyped to continue in the fight against human trafficking, we’re highlighting celebrities that you know and spotlighting what they’ve done to do their part to help abolish modern slavery. This isn’t a comprehensive list of every celebrity that’s fought against human trafficking, just a few we wanted to give a shout out to because it isn’t easy to take a stand against something that is so dark and twisted. Give credit where credit is due, right?

On a trip to India not long ago, Ricky Martin was able to save three girls who were minors being trafficked into prostitution. He did some research and found that human trafficking, or modern slavery, was the second most lucrative crime in the world. The famous singer decided to take action, so he used his role as UNICEF Goodwill Ambassador to meet with activists and set up the Ricky Martin Foundation that is aimed in focusing on education and research for how to best abolish human trafficking, especially for children and youth.

“To abolish human trafficking, with a special emphasis on children and youth—one of the most vulnerable segments of the population—is a challenge that we fight consistently,” Martin said in the mission of the foundation.

As co-founders of Thorn: Digital Defenders of Children, these Hollywood A-listers head up a nonprofit that fights against child pornography and sexual slavery of children. They first founded the organization in 2010, and they have spoken many times to stand against human trafficking and promote awareness. “I’ve seen video content of a child that’s the same age as mine being raped by an American man that was a sex tourist in Cambodia,” Kutcher said. “And this child was so conditioned by her environment, that she thought she was engaging in play,” he said in his emotional and heartbreaking speech.

“In a country that is riddled with bipartisan separation on so many things, slavery seems to come up as one of these issues that we can all agree upon.”

This is our moment to raise our voices together and make a SHOUT for FREEDOM for those who can’t speak for themselves. Thank you @kristenanniebell for SHINING A LIGHT ON SLAVERY! ❌ #enditmovement

Join @mfisher1212 & @carrieunderwood to SHINE A LIGHT ON SLAVERY! Together we can END IT! ❌#enditmovement

Last year, Carrie Underwood and Kristen Bell both joined Ashton Kutcher as part of the #EndItMovement during the “Shine a Light on Slavery Day” by posting pictures of the famed red X symbol drawn on their hands.

#ShineALightOnSlavery day happens every year, on February 22nd. Join us this year in helping to raise our voices about this crisis in our society by doing something as simple as drawing a red X on your hand as a gateway for conversations. Three years ago, Beckham launched 7: the David Beckham UNICEF Fund on the tenth anniversary of becoming a UNICEF Goodwill Ambassador. Its focus is more on helping children in general, whether they’re affected by poverty, discrimination, exploitation, or violence.

He also championed a letter signed by 18 children that were survivors of violence and slavery. It calls on world leaders to help act against children that have been abused, abandoned, and sold into slavery. Actress Julia Ormond founded the Alliance to Stop Slavery and End Trafficking, or ASSET, in 2007. (It just changed its name to Advancing Systemic Solutions to end Enslavement and Trafficking: ASSET.) The NGO advocates for the eradication of enslavement and trafficking using systemic solutions and amplifying the victims’ voices.

She has spoken actively in the United Nations and called on corporations to do more to combat human trafficking. She has even spoken in support of legislation that would require companies to look into where their products are coming from to make sure they are not benefitting from slave labor.

In 2009, Emma Thompson put together a traveling art exhibit called “The Journey” that used seven shipping containers to tell the true stories of survivors of sexual slavery. The exhibit shows the real, vivid horrors of sex trafficking, and was brought all over the world to show people what this was like. Thompson has also done PSA’s against trafficking, as well as being the executive producer of the movie Sold (2014) that was part of the London Indian Film Festival. It’s based on the book by Patricia McCormick about a 13-year-old Nepalese girl being trafficked into India to be a sex slave. 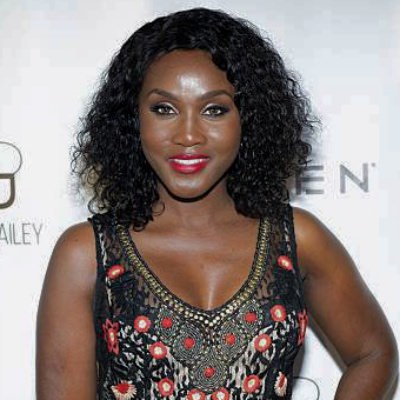 In 2016, the actress, speaker, and reality star kicked off a Celebs Against Human Trafficking Initiative event with a lot of other celebrities focusing specifically on the human trafficking that’s going on in their own city, Atlanta.

Celebs Against Human Trafficking is a monthly gathering that’s hosted by a celebrity or influencer to raise awareness about this massive problem. Stephens’s job is to get other celebrities involved in this event, and she’s amped up other stars to take notice and do their part to end sexual slavery.

Since 2017, Blake Lively has been taking a stand and speaking out against child exploitation in a big way. A couple of years ago, the actress, activist, and mother of two spoke of the importance of eradicating sexual exploitation of children at the Variety magazine’s Power of Women event in New York City, which honored her efforts among a class of several other distinguished women of influence.

Since then, she has continued to speak out about child exploitation and child abuse images—also known as “child porn”—and continued her partnership with The Child Rescue Coalition.

Giving visibility to causes that matter

Whether you like it or not, a lot of people look to the causes that celebrities support for inspiration on what they themselves should contribute to. And when stars use their public platforms to give visibility to this important issue, it makes that much more of a difference.