"Pornography use is almost never an indicator of better relationship quality in general. And indeed, these patterns hold true across slightly different measures of pornography use and after adjusting for relevant sociodemographic factors."

By Fight the New DrugDecember 15, 2020No Comments 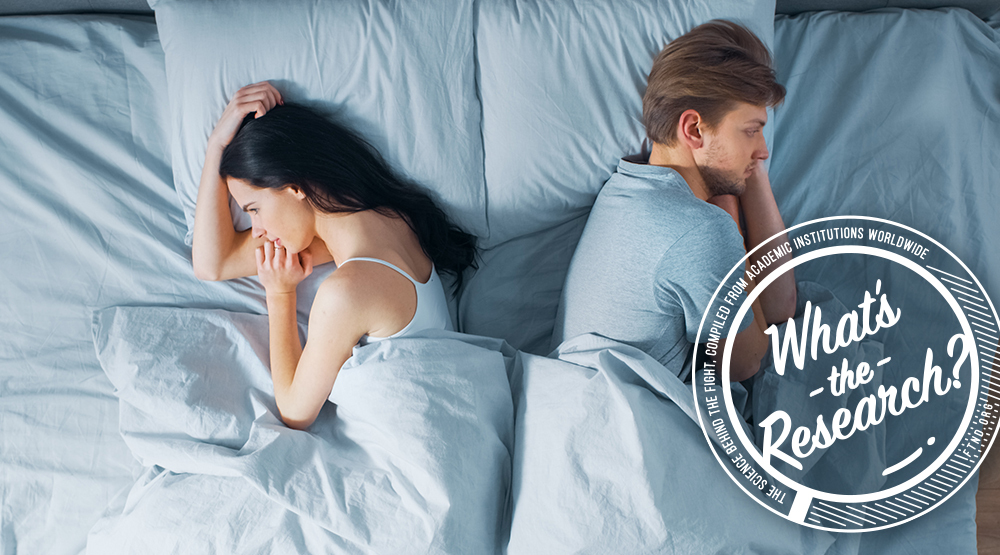 A growing number of studies have sought to clarify the association between pornography use and various indicators of relationship quality, both for those in dating and marriage relationships (see systematic narrative reviews in Campbell & Kohut, 2017; Manning, 2006; Newstrom & Harris, 2016; Rasmussen, 2016; and the meta-analyses in Wright & Tokunaga, 2018; Wright, Tokunaga, Kraus, & Klann, 2017). Despite the fairly large number of studies that have examined this issue, there has been a curious lack of consensus on what the data reveal. Some scholars, for example, have concluded that the trends are quite consistent. For instance, in his “historical and empirical review” of research on pornography and romantic and family relationships, Rasmussen (2016, p. 185) argued that the preponderance of evidence suggests pornography tends to be “problematic” for relationships, concluding, “The evidence for pornography’s influence on the stability of romantic and committed relationships is strong. The effects described are grounded in established theory and operate through well-defined processes, and the data produce a remarkable agreement.” Similarly, in their meta-analysis of 50 different studies examining pornography’s connection to relational and intrapersonal satisfaction, Wright et al. (2017, p. 336) concluded regarding men specifically, “…the convergence of results across the cross-sectional survey, longitudinal survey, and experimental results point to an overall negative effect of pornography on men’s sexual and relational satisfaction.”

And yet, other surveys of the relevant literature have argued that the association between pornography use and relationship quality is far from clear, owing to a number of important limitations in the previous research. In their review of 26 empirically-based studies on the topic spanning 15 years, Newstrom and Harris (2016, p. 412) characterized the majority of research as “exploratory and descriptive” and suggested that the findings on pornography’s “effects” on couples’ relationships have been entirely mixed: “Findings indicate that there are both positive and negative effects of pornography use within committed relationships.” They attributed much of the ambiguity in the previous research to the widespread use of convenience sampling, inconsistent units of analysis (focusing on dyads or individuals), as well as under-theorizing.

While these national surveys cannot overcome the limitation of focusing on individuals (rather than dyads) or be cross-sectional, they did allow for numerous individual tests of the association between pornography use and relationship outcomes using (1) nationally representative samples rather than convenience samples; (2) measures of pornography use that include both continuity and discontinuity across data sets, thus allowing for comparison; (3) numerous non-biased measures of relationship quality that allow pornography use to be associated with positive or negative outcomes; (4) explicit tests for differences in potential associations by gender, thus allowing for the examination of different experiences of pornography use and relationship quality for men and women; and (5) separate analyses for married and unmarried participants thus allowing for a comparison of associations.

The purpose of this study was to establish a dominant pattern in the association between pornography use and relationship quality in a way that overcame limitations in previous studies. Data were taken from 30 nationally representative surveys, which together included 31 measures of relationship quality: 1973–2018 General Social Surveys (1 repeated measure); 2006 Portraits of American Life Study (13 measures); 2012 New Family Structures Study (12 measures); and 2014 Relationships in America Survey (5 measures). This allowed for 57 independent tests examining the association between pornography use and relationship outcomes for married Americans and 29 independent tests for unmarried Americans. Along with bivariate associations, full regression models were estimated with sociodemographic controls and interaction terms for gender.

Each of the surveys included measures that can be used to better understand the experiences of men and women in their committed romantic relationships. Questions were asked of both married and unmarried participants regarding their current relationship. Because these questions were from surveys of the general population and were not designed or worded with the explicit goal of connecting them to pornography use, this study can avoid potential bias that could attend studies that were designed with the goal of detecting pornography’s supposed harmful effects on relationships.

Moreover, because couples who use pornography together with their partner (and thus might experience positive returns to their pornography use) would also be included in these samples, the findings presented here suggest that these are a minority among pornography users. That is, whether or not coupled pornography use might be beneficial for some couples, the stronger pattern among a larger percentage of Americans is that pornography consumption happens more frequently in relationships that are not doing well comparatively.

There also seemed to be little discernible difference between those in marriage relationships versus unmarried romantic relationships in terms of the association between pornography use and relationship outcomes. Despite research suggesting that pornography use might be viewed as more of a violation in marriage relationships perhaps due to more expansive and stringent expectations for sexual “fidelity” (Bridges et al., 2003; Olmstead et al., 2013; Schneider, 2000), there were relatively few instances where associations were statistically significant for married Americans and were not significant for unmarried Americans.

There are implications for clinicians and therapists. The current study in addition to findings of recent reviews and meta-analyses (e.g., Rasmussen, 2016; Wright & Tokunaga, 2018; Wright et al., 2017) suggests that future research may proceed under the general assumption that pornography use, to the extent that it is associated with relational quality at all, is nearly always an indicator of poorer relationship quality on average, regardless of marital status or gender.