Kiss a girl = one point.

Snap a picture of an exposed bra = one point.

Two points for a picture of a bare breast.

Three points for doing a shot of alcohol from a girl’s cleavage.

These were just a few of the tasks students were told to complete at a University of Québec in Outaouais (UQO) club party at a student bar recently, according to a report by the Calgary Sun. Student leaders eventually stepped in and terminated the event, calling it a “reprehensible” example of “rape culture” on campus.

But that action may not be enough to satisfy authorities, who are demanding the UQO student leaders responsible for organizing the offending event immediately step down.

The controversy came to light after students circulated a poster on social media outlining the various tasks required of participants in order to be awarded points. The activity was billed by organizers at the French-Canadian university as a variation on the mythological 12 labors of Hercules, and though participation was open to everyone, the “tasks” were primarily geared toward male students. 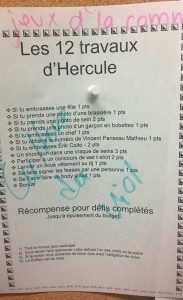 Kissing girls, taking photos of bras or exposed breasts, taking photos of male students wearing panties, participating in a wet T-shirt contest, drinking a shot from a girl’s cleavage and getting a girl to sign her name on buttocks were listed among the tasks on a “scorecard,” with each task earning points for the participants.

“This is the worst example of rape culture I’ve ever seen. It’s the most vulgar one, too,” Valerie La France, head of UQO’s women’s committee, told the CBC.

The activity was quickly put to an end when students complained to the school’s student union regarding the list.

“Students didn’t want anything to do with it,” said student union president Philippe Boily. “But the fact that it was planned in the first place is not okay at all. It’s a good thing that the event was dismissed so quickly, but I still think (it’s) a major problem that some people think organizing those types of events is okay. We have to put a stop to it.”

Boily said he’s spoken with the organizers, and suspended all funding for the club in charge of the event. He also spoke with university administration about implementing a strategy to educate students about rape culture.

“I’ve been aware of different events (in the past) that have been questionable, but this is one of the worst I’ve seen in my time here,” Boily said. “It’s the wrong culture to have in university. I hope this will shine a light on these activities and I hope this is the last we hear of it.”

Even more concerning that this “game” exists is that competitions of this nature that focus on sexually exploiting unsuspecting females are the norm for many college parties around Canada and North America, if not worldwide. What could be inspiring students to treat women like they’re objects to use, trade, and dispose of?

The Oxford Dictionary defines rape culture as, “A society or environment whose prevailing social attitudes have the effect of normalizing or trivializing sexual assault and abuse.”

People are people, not parts, and we cannot be okay with anyone being deconstructed and bartered around for points. 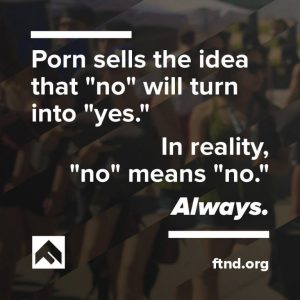 Spread the message that people are not parts, and that rape/porn culture is not okay. SHARE the facts and take a stand against the sexualization and objectification taking place in our society.