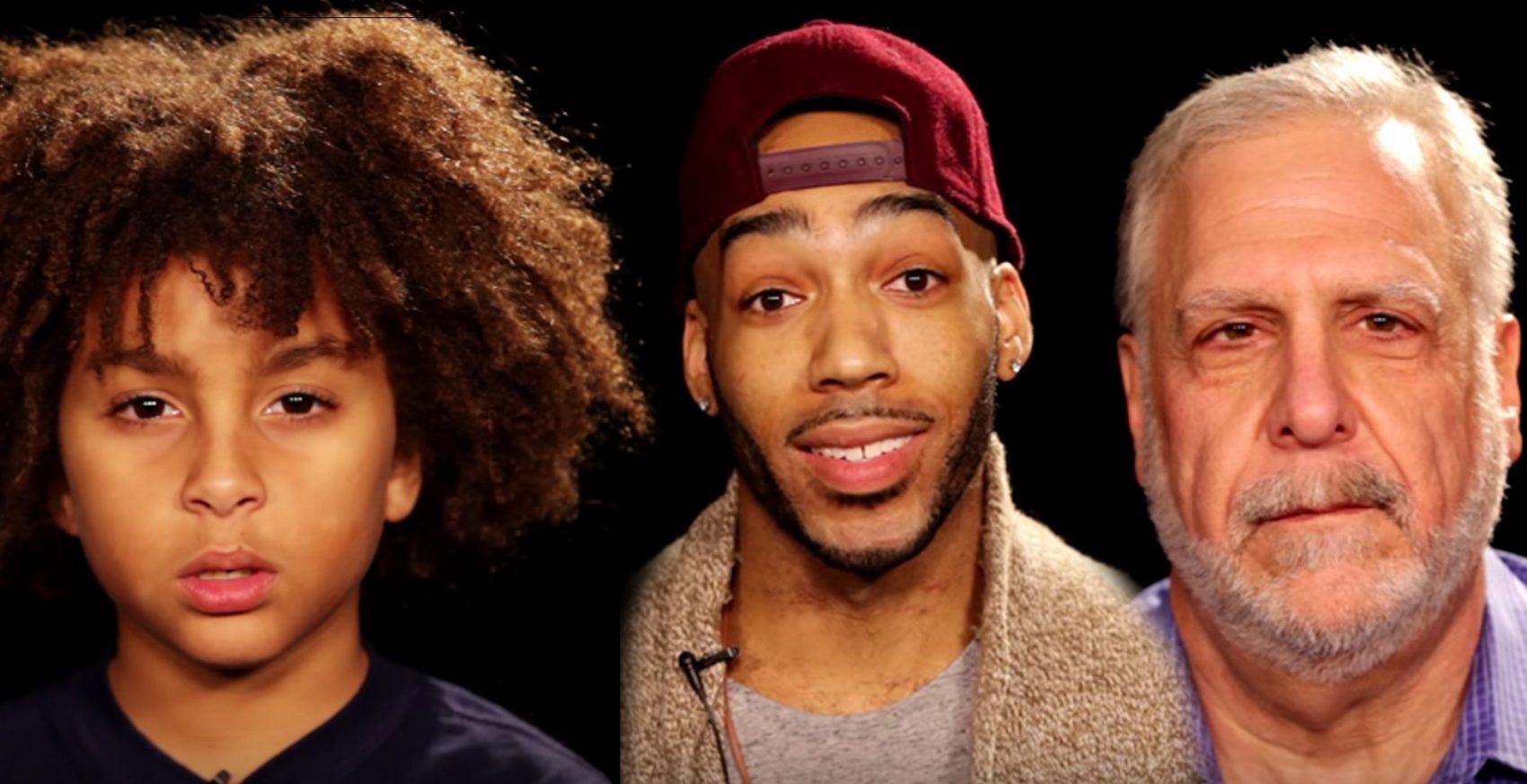 In a world where sexual objectification and violence sell, it can be difficult to see what media and toxic stereotypes do to our perception of those around us. Here, you can watch 70 years of “be a real man” in under two minutes.

The video 48 Things Men Hear (That Are Bad For Everyone) released by Huffington Post got people talking. This video highlights seemingly harmless phrases that our society reinforces to boys at a young age, giving a sexist and warped perception of what it can mean to be a unique man with unique characteristics, that continues long into adulthood.

The video is actually a follow up to a similar video titled, 48 Things Women Hear In A Lifetime, which shows the subtly sexist statements that girls begin hearing at a very young age and for the rest of their lives. For example, little girls are told not to be bossy, teenager girls are told that they are “sluts” or “whores,” and moms face frustrating expectations that just aren’t put on dads. Many commenters responded, “men are told things, too!” So another video was created, this time to show society’s narrow view of what it means to be a man, which limits men to fully be themselves, whatever that may look like.

Men commonly hear: “be a man!”, “boys don’t cry!”, “don’t be such a p—y!” This attitude informs a culture where young men are taught to feel more powerful than women, and that they somehow have ownership over women’s bodies and decisions. These kinds of stereotypes are constantly reinforced by society, and are no more prevalent than in pornography.

For example, because of the normalization of sexual exploitation in hardcore pornography, which is largely women being abused at the hands of aggressive men, it can be so easy to fall into the trap of thinking that all men enjoy hurting others. And not only that, but it can be easy to think that for them, it’s sexually exciting for them to intentionally hurt their sexual partner(s). The choking, slapping, hitting, forced sex, and verbal abuse that’s on the front page of most main porn sites can make it seem like every guy fantasizes about committing such atrocities. But do they, really?

From the time they’re 11 or 12, young boys (and girls) are often exposed to the most hardcore, demeaning, humiliation-focused pornography available. They don’t know that it’s fake, or that it’s for “entertainment.”

And while this is all true, this is not what pornography shows the world.

And that’s just not cool.