They’re right. It doesn’t actually kill anybody or even turn their teeth yellow. So if the effects aren’t obviously visible, what does pornography do? How is it harmful?

We’re not just talking about relationships with a girlfriend or boyfriend, we’re talking about all relationships. Friends, family, classmates, co-workers, etc. You see, when someone is obsessed with something toxic, they can have toxic behaviors or attitudes that can affect relationships and nearly every aspect of their life. Let’s dive into the research.

The United States Congress asked these questions to Dr. Jill Manning, a therapist who has worked with hundreds of pornography addicts to review the research on its effects and share what she found. In a special congressional hearing, Dr. Manning shared a report detailing several areas of harm.

First of all, there is clear evidence that long-term pornography use sets people up for feeling more depressed and empty than those who do not watch it. One big reason for this is that the pleasure center in the brain gets so worn out by constant artificial stimulation that it simply stops being able to respond to more natural kinds of pleasure.

What about romantic partners? There’s an idea out there that pornography helps to improve sexuality and make romance even more exciting…but this isn’t exactly the case.

One of the things many people look forward to most in a relationship is an exciting romance, and satisfying sexual experiences in their lives. Just think of the millions of love songs, books, and movies out there, inspired by the concept of love.   Researchers in Dartmouth’s social health psychology lab discovered that media with “racy scenes” leads to earlier sex with more casual partners and more unsafe sex. (Peng, 2012)   If “racy scenes” have this effect, imagine the impact of hardcore pornography.

Unfortunately, there are more serious problems that stem from pornography addiction, like having completely unrealistic expectations about sexual partners. 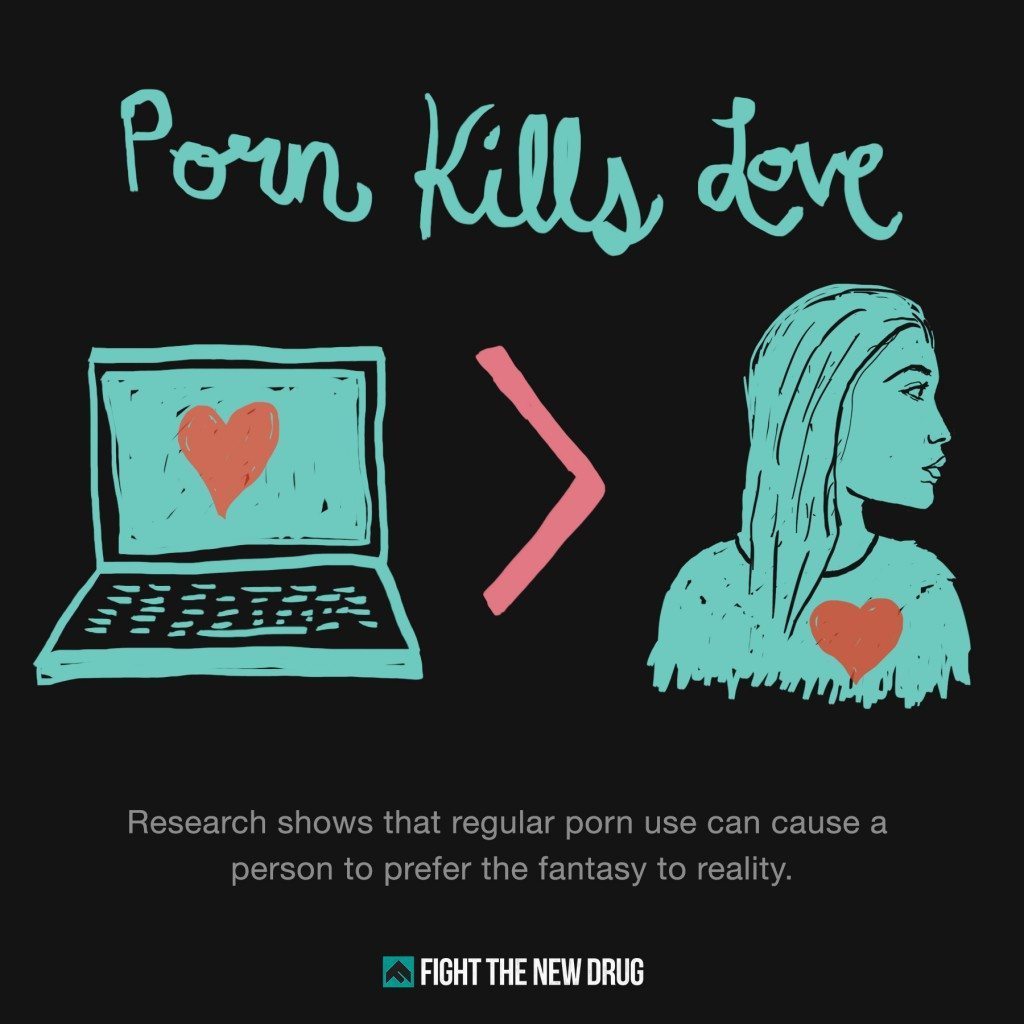 Researchers from the American Psychological Association recently looked at the impact of heavy exposure to sexual images on relationships over 10 years ago, in 2007. Among other things, the report concludes that: “Exposure to narrow ideals of female attractiveness may make it difficult for some men to find an ‘acceptable’ partner or to fully enjoy intimacy with a female partner.”

For example, if you’ve been watching endless, wild sex with young, photoshopped blonde bombshells and then you get into a relationship with Jessica who works at Starbucks, how is that going to influence your ability to have a realistic, healthy relationship with her?

In the media today, “many individuals have become uncomfortable with ‘real bodies’ given the pervasiveness of stereotypes.”   One counselor called this problem, “Sexual Attention Deficit Disorder”: “Just as people with real ADD are easily distracted, guys with “SADD” have gotten so used to high levels of endless stimulation that they’re unable to focus on… a real woman.” (Kerner, 2011)

And guess what? The same thing goes for women as well. They begin to compare their sex life to what they see as much more glamorous and arousing on screen.   Harvard scientist Susan Orbach writes of an “eroding individual appreciation of the unaltered human form” (Orbach, 2009). Basically, most male consumers are fooling themselves into believing that real girls are actually supposed to weigh 95 pounds with tiny waists and massive breasts.

Another thing, did you know that 70% of pornography is viewed between 9am-5pm when most people are at work or school? Not only that, in addition to twisting perceptions and expectations of sexuality, relationships, and the appearance of partners, the FBI’s statistics show that pornography is found at 80% of the scenes of violent sex crimes or in the homes of the perpetrators (Anderson, 1992). And while correlation does not equal causation, this is a crazy high statistic to ignore the influence of for any consumer. And don’t get us started on the pornography’s link to sex trafficking or child abuse.

Spread the word on the real harms of pornography. SHARE this article to keep the conversation going and raising awareness on the issue.