This massively popular video game series features alien and human-like characters, all placed in an outer space setting. It was announced that the latest installment in the series, to be released at the end of March, will have a “full nudity” rating and feature optional graphic sex scenes as a part of the game. Previous versions of the game had “partial nudity” ratings, but this new mature rating is a first for the series. One of the general managers of BioWare, Aaryn Flynn, announced that the upcoming release lost its “partial nudity” advisory in place of a “full nudity” warning, calling it “softcore space porn” and admitting that the pornographic features of the game will be pretty lifelike.

Flynn’s tweets go with what game producer Mike Gamble revealed about the game, also on Twitter, earlier this year. When asked about the game’s more “intimate” romance options, the BioWare employee told fans that there are a lot of sexual partners to choose from, both alien and human, and the sex scenes themselves would be pretty detailed and lengthy, too.

Another game producer said in an interview that players “can even have one night stands.”

The previous version of the game sold over 890,000 copies in the first twenty-four hours, with sales for this upcoming version expected to potentially go above and beyond that. Clearly, this game is rising in popularity, and the added sex scenes are only adding to the hype. 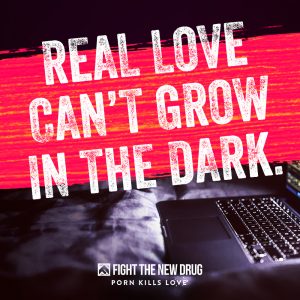 The Science of Betrayal: The Emotional Trauma of Having a Porn-Addicted Partner

The Science of Betrayal: The Emotional Trauma of Having a Porn-Addicted Partner