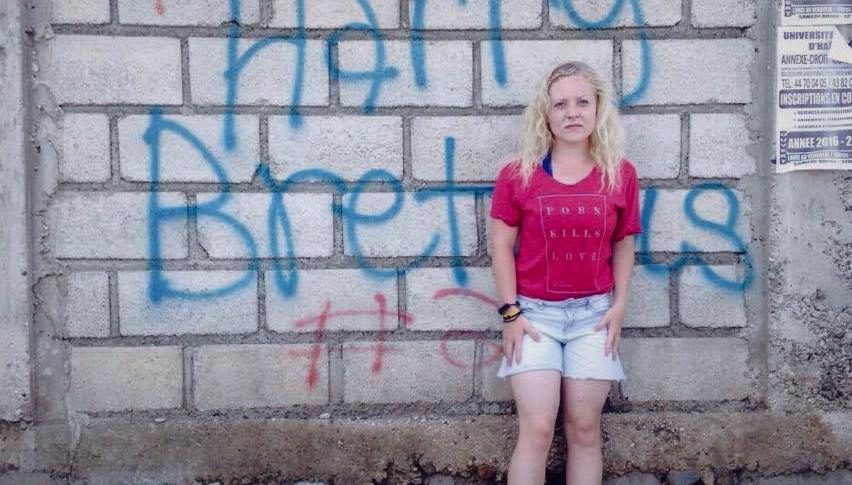 Before the well-known earthquake struck Port-au-Prince, Haiti, in 2010, over one-third of the population of Haiti did not have access to clean water.  After the quake, people fled the sites of destruction, many leaving safe sources of water behind. Now, according to the organization The World Bank, since 2015, less than half of Haitians have access to water, let alone clean water.

Many charity organizations have been working to bring safe water to this country, but a lot of combined effort had to be put in to bring water to these people. And Haiti is not alone in this struggle. In fact, one-third of the world’s population does not have access to adequate sanitation, and 663 million people worldwide live without clean water.

So, what do these heartbreaking stats have to do with the fight against pornography? 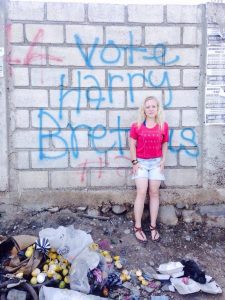 Last summer, Lexi was living in rural Haiti, helping to teach basic health principles and English to the local people through programs.

“Throughout my time in Haiti I came to better understand the definition of poverty—what it means to literally be starving for survival,” she told us. “To see the hunger within the eyes of children, to see a young girl divide a glass of water amongst her siblings, or an old man digging through trash to find something to eat for the day.”

She never expected to find pornography in a place where people were scrambling for survival, but she was proven wrong.

“Within a village that doesn’t have electricity, that does not have running water, that does not have a waste system, that has the bare minimum in technology, and the only opportunity for small cell service is to make the hour hike to the top of the mountain; I was sure that the chance of pornography being within these mountains did not exist. I hoped, with all my heart, that life-deterring pornography would not enter this country and destroy their sweet tender innocents… I was quickly proven wrong.”

Lexi saw men and women, boys and girls of all ages gathered around small phone screens scattered throughout the isolated town—just to watch pornography.

How You Can Help

Related: Fighters Repping The Movement All Over The World (PHOTOS)

Change started with that community in Haiti because Lexi was bold in repping her Porn Kills Love tee and speaking out in love. It can start in your city by you posting up the facts in your local coffee shop, or repping a tee to your grocery store. After all, there are over 1.5 million Fighters on almost every continent on the planet, and we’re already seeing entire communities change because of one person. Imagine if each of us made it a point to spread the facts to those around us and spark conversations to those who need to hear the facts.

Together, if we speak up collectively about porn’s harms, our voices are loud. We can change things, and make a real difference. You with us?