Could Child Sex Robots Actually Stop Pedophilia In Our Society? 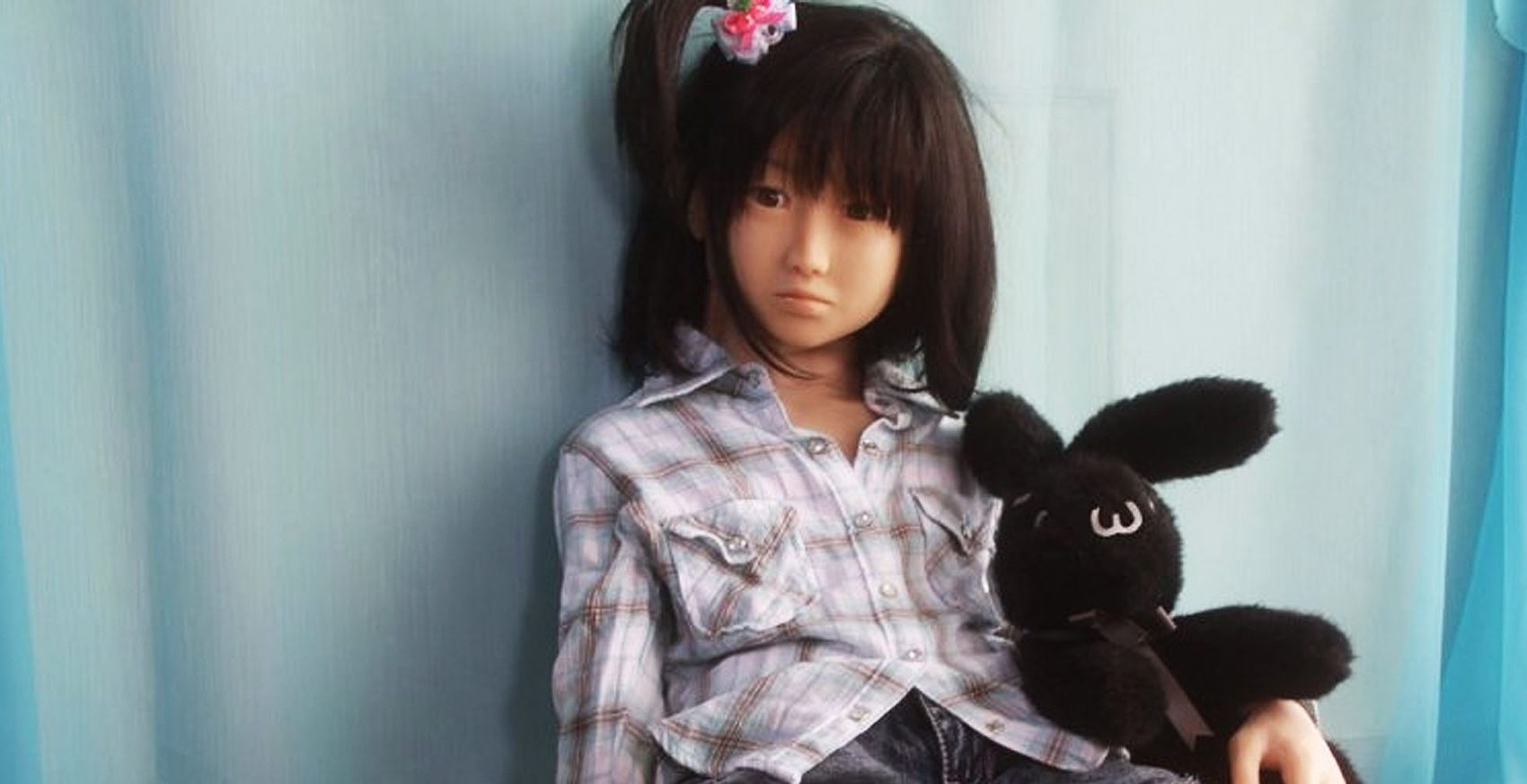 Cover photo from a child sex doll sales site. Portions of this article were originally posted in a report by NBC News, written by David Cox. It has been edited for content and length. 4 minute read.

Sex robots seem to be the new hot topic, not only in crazy sci-fi TV shows, but also in our sex-obsessed culture. It logically follows that our lonely yet porn-saturated society would take the next step to take on-screen fantasies and try to create them in reality, but it’s not a risk-free new world.

Besides adults custom-ordering adult-size sex robots, tailored to their unrealistic and exaggerated porn-inspired fantasy, there’s another side to this silicone synthetic sex world that’s even more dark and twisted: child-sized dolls, specially manufactured for people with sexual interest in children.

A Problem that Needs Addressing

According to a report by NBC News, some experts are further stoking the sexbot debate by arguing that the devices could become a deterrent to child molestation. They envision a future in which pedophiles are prescribed childlike sexbots (CSBs) so they can act out their urges without victimizing anyone.

“We don’t know the answers yet,” says Dr. Ron Arkin, a professor of robotics at the Georgia Institute of Technology in Atlanta and an expert on human-robot interactions. “But recidivism in child sex offenders is a major problem in society that needs to be addressed, and there’s a possibility that technology may be able to help with that.”

But not every expert is convinced that they’d do more good than harm.

“I’ve spoken to adults who were abused as children, and they don’t support the use of CSBs,” says Dr. Kathleen Richardson, a professor of ethics and culture of robots at De Montfort University in Leicester, England and director of the U.K.-based nonprofit Campaign Against Sex Robots. “They say that pedophiles who offend are so cut off from their own humanity that giving them a machine wouldn’t address the underlying problem.”

According to Richardson, in the NBC report, there’s no evidence that adult sex dolls or sexbots have curbed demand for prostitutes. And it’s important to note that 85% of the men arrested for possession of child sex dolls in the U.K. in recent years were found to possess more familiar examples of child pornography.

Psychologist Dr. Patrice Renaud is working with researchers at the University of Montreal to explore the behavior of men with pedophilia. He says encounters with childlike robots in an actual room would be more effective as a tool for helping the men learn to control their urges in the face of temptation.

He says the bots could be programmed to display realistic fear to amplify the realism, adding that combining the encounters with cognitive behavioral therapy and electrical stimulation of the men’s brains could help them develop the empathy they need to avoid perpetrating sexual assaults on children.

“Pedophilia is difficult to treat as you can’t change this sexual preference,” Renaud says, “but you can try to help these people understand how to deal with it.”

For all his enthusiasm for employing CSBs in his research, however, Renaud is among those who are skeptical about the broader use of child sexbots. “I’m not sure we should take chances with that,” he says. “Maybe some individuals would have the self-control to stick to robots, but for others, the experience may push them further to seek out real children.”

If you’re worried that child sex robots will become common in your neighborhood, we have good news. In December, a New York congressman introduced a bill that would ban their sale in the US. The Curbing Realistic Exploitative Electronic Pedophilic Robots Act (CREEPR Act) would be the first of its kind and would block people from buying and selling the silicone dolls online and in stores. So far, it’s received some support in the legislative process.

Join this important fight and add your voice to the conversation. SHARE this article raise awareness that child sex robots aren’t the ultimate answer to the issue of pedophilia.