After a 16-year-old girl was sex trafficked from Bangladesh to India by a family friend, her mother set out to rescue her herself. This is the story of Asiya and Marium. 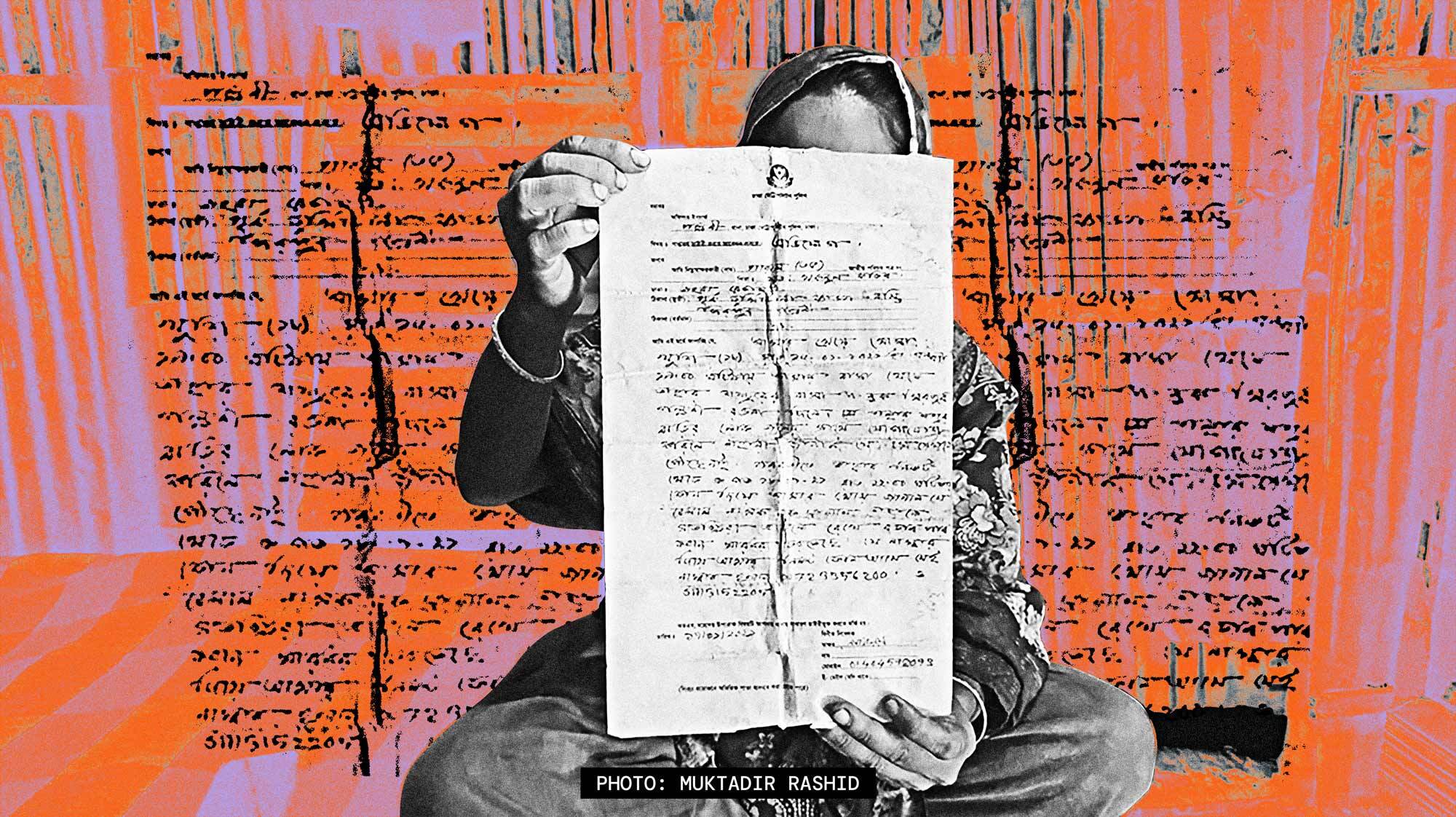 Asiya shows the missing person report that she registered at the local police station. Photo by Muktadir Rashid, retrieved from Vice.com.

At least 20,000 Bangladeshi women and children are trafficked into India every year. The vast majority never make it back.

Somehow, 34-year-old mother Asiya* and her 16-year-old teenage daughter Marium* did. (Asiya and Marium’s names have been changed for their safety).

But this story is a little different: Asiya, willingly trafficked herself into India in order to rescue her daughter.

While this story shines a light on the realities of human trafficking in our world today, it is not recommended for anyone to try to get trafficked.

As Vice reports, it all started in mid-January of this year when Marium received a solid job offer from a family acquaintance. The job offer was for work in a district near Bangladesh’s shared border with India. As she thought the job offer would be “good for [her],” she “packed up and went with him.”

Very quickly, she realized that the supposed offer was anything but solid. It was a trafficking scheme.

The family acquaintance immediately gave Marium to two men who forced her into a boat to cross the border. On the boat, luckily, Marium somehow convinced a stranger to lend her his cellphone.

She used the phone to call her mother: “I’m being taken to India! Save me!” Marium told Asiya, along with the names of her captors, before they snatched the phone from her. All she could do was hope, as a few days later Marium found herself being forced to sell sex at a brothel in the eastern Indian state of Bihar.

In the meantime, Marium’s mother immediately took action. Asiya went to the police station and filed a missing person complaint. While she was assured of an investigation, 40 days passed without any word of her daughter.

That’s when she took matters into her own hands.

Asiya contacted a man who Marium had named on the call as one of her traffickers and told him she wanted a job. He told her there was one in India.

Eventually, she was brought to a brothel in New Delhi, India. That’s when she learned that not all girls were taken to the same place—her daughter was not there, but she decided to stay anyway, in case.

Related: How Sex Traffickers Use Social Media To Contact, Recruit, And Sell Children

In June, she received news from her husband that Marium had contacted him through a sex buyer’s cellphone. Marium was about 800 miles away from New Delhi. With help from locals and Marium’s sex buyer, Asiya escaped the brothel she’d been at and was reunited with Marium.

The night she got her daughter back, the brothel owner admitted to having bought Marium for $3,404 from Bangladesh. It would later be revealed that Marium’s traffickers were part of a much larger trafficking ring with 25 other perpetrators where victims were being sold for between $1,173 and $1,760.

This false promise of working/living conditions is one common way victims are tricked into sex trafficking today, and this story is just one example of too many.

While the story of Asiya and Marium had a happy ending with the mother and daughter reunited and three arrested traffickers, this is not the norm at all.

According to India’s Border Security Force (BSF), the number of Bangladeshi women trafficked in the last 10 years is around 50,000, but only about 2,000 have been brought back.

Mohammed Tariqul Islam, the director of the Bangladesh chapter of Justice and Care, a global anti-slavery organization, says that the data is anecdotal because of the private and hidden nature of the crime. Islam also thinks that many more cases go unnoticed because many families don’t go to the police out of fear or lack of awareness.

The BSF has documented at least 500,000 Bangladeshi women and children between the ages of 12 and 30 years of age who have been sold to agents in India.

It’s no wonder with human trafficking being the world’s second-most lucrative crime. According to a UN report, the industry is worth $200 billion and about 25% of that money is from South Asia, where India and Bangladesh are located.

When the average person thinks of the term “sex trafficking,” they tend to think of an exaggeration of Marium’s story—a young woman being kidnapped, smuggled across borders, and forced into sex slavery.

While this is a legitimate trafficking scenario, this is not the only way, nor is it even the most common way that trafficking tends to occur. The reality is that trafficking often happens through someone the victim knows—in Miriam’s case, it was the family friend.

In the United States, the Trafficking Victims Protection Act (TVPA) defines sex trafficking as a situation in which “a commercial sex act is induced by force, fraud, or coercion, or in which the person induced to perform such act has not attained 18 years of age.”

While the above scenarios aren’t what we see in “Taken” and movies like it, they are all too common. It is possible for someone to be trafficked, receive a paycheck, and sleep in their own bed at the end of the day.