Ashton Kutcher is back at it again, this time with a powerful and emotional address to a U.S. Senate Foreign Relations Committee.

By Fight the New DrugFebruary 15, 2017No Comments 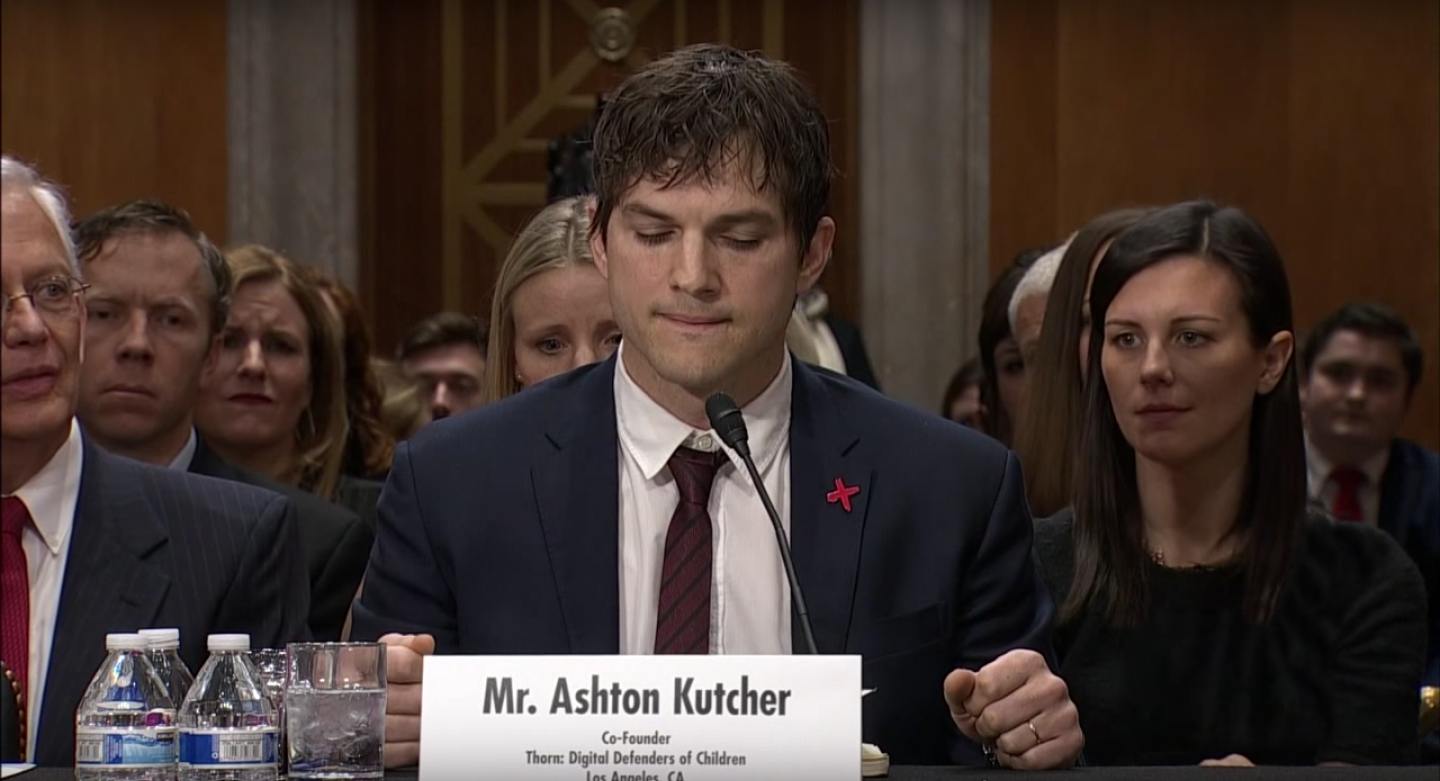 Ashton Kutcher is back at it again in his fight to end human trafficking.

In October, we posted a clip of the actor/activist/entrepreneur on The Today Show, where he revealed that his organization has helped find 6,000 human sex trafficking victims and identify 2,000 traffickers in the last year. The clip went viral, reaching millions of people on Facebook, applauding Kutcher for his passionate work in the fight against sex trafficking.

This morning, Kutcher made headlines once again for his powerful and emotional testimony before a U.S. Senate Foreign Relations Committee that is looking at ways to end human trafficking.

Kutcher is the co-founder of Thorn, an organization that works to “leverage technology to combat predatory behavior, rescue victims, and protect vulnerable children.” The organization’s San Francisco-based technical team uses the latest advances in technology and partnerships with some of the world’s largest tech companies to fulfill their mission of accelerating victim identification, disrupt dark web platforms, and deter predators.

“This is about the time, when I start talking about politics, that the internet trolls tell me to stick to my day job, so I’d like to talk about my day job,” Kutcher began. “My day job is the chairman and co-founder of Thorn. We build software to fight human trafficking and the sexual exploitation of children. That’s our core mission … We [are] their last line of defense … That’s my day job. And I’m sticking to it.”

“It devastated me,” he said. “It haunted me. Because for the next three months, I had to go to sleep every night and think about that little girl who was still being abused, and the fact that if I built the right thing, we could save her. So that’s what what we did. And now, if I got that phone call, the answer would be yes.”

Watch Kutcher’s full opening statement in the video above.

We support the efforts of Thorn and the many other organizations that are making a real difference in the fight to end sexual exploitation in all its forms. Sex trafficking has become a global industry that affects the lives of millions, especially those of women and children.

While sex trafficking is a worldwide issue, what many don’t know is that it is only made worse by pornography.