Cover image credit to TraffickCam.com. This post was originally published on Operation Underground Railroad’s blog, and is reposted here with permission. 4-minute read.

Lately, there have been some amazing breakthroughs in technology that are helping to rescue children from trafficking situations.

It is always fascinating to see how people use their talents to come up with new ways to combat this issue. Everyone has their own talents and circles of influence that they can use for positive change.

First created in 2015 by the Exchange Initiative and researchers at Washington University, TraffickCam is an app that enables travelers to easily join the fight against trafficking.

When you are staying in a hotel anywhere in the world, you can take pictures of your room before you unpack and upload them through this app. The app then cycles through these photos using technology to match it with pictures related to trafficking crimes, such as ads on sites like backpage.com or evidence that the local police departments have. Often, traffickers will use photos of their victims posed in hotel rooms for online sex ads, but it is difficult to know where they are by just that single picture.

For example, the app’s technology will match the carpet print and lampshade to an online sex ad with the same carpet print and lampshade in the picture. This will create a database that can be shared among many law enforcement agencies and aid in investigations. TraffickCam also allows the general public to join the fight against trafficking as they upload pictures from wherever they are in the world. 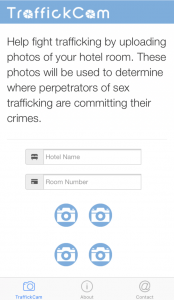 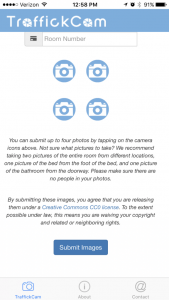 The app protects privacy rejecting any photos that have people in it. It also can protect against fraud by matching the GPS location of the picture with the hotel you claim to be at to ensure accuracy. Also, make sure you do not have any personal belongings in the picture.

So far, the app has received over 1.5 million pictures from 145,000 hotels. However, most of these photos have been automatically scraped from travel websites such as Expedia and TripAdvisor. With the public’s help, this group will be able to reach more hotels that traffickers are using and locate victims more quickly.

With over 250,000 child victims of trafficking in the U.S. alone, TraffickCam has the potential to help find these children faster. Although the app and database have received a lot of photos from the internet, the photos that users take are more similar to the photos that traffickers take and use in ads. For more information and FAQs, visit this link. It is available on iOS and Android.

Related: 3 Places You Might See Trafficking, and What To Do About It

Something interesting about online sex ads that Portnoff pointed out is that there is a distinct difference between sex ads that are consensual and those that are forced by traffickers. She implemented this principle into her algorithms through stylometry, or the study of writing styles. She hopes, through her algorithm, she will be able to gather ads of the same writing style and point them to the same individual—perhaps a trafficker. A trafficking awareness sign at the Las Vegas airport.

Her other algorithm focuses on ads connected to the same bitcoin account. In other words, the algorithm can find where many different advertisements were purchased by the same bitcoin wallet. They have already found a bitcoin account that spent $150,000 on 5,000 different sex ads on backpage.com. To make it even more suspicious, these purchased ads were for all for young women living in the same area.

Portnoff’s research team along with these algorithms have a lot of potential to find suspicious activity and uncover trafficking rings. With what they have done already, they show a lot of promise and hope for trafficking victims. Read the full story here.

In the past, when law enforcement agencies would receive child abuse images, they would sift through them independently. Until now, there was no universal way to communicate between law enforcement which children had already been identified or found. According to Thorn’s website, Project Vic is a collaborative project between the FBI, Department of Homeland Security, International Centre for Missing and Exploited Children, the Internet Crimes Against Children Task Force and law enforcement around the world.

How can they do this? By creating a database of “image hashes,” a universal code, Project Vic will be able to significantly reduce the time that law enforcement spends on the same child abuse content. In turn, this will significantly increase the time spent on new content containing evidence of unidentified victims. This is a new and innovative way to connect those that are all fighting against child trafficking and abuse.

This project is just the beginning of what Thorn is working on. There are descriptions of more projects they are working on here.

Everyone can do something

How are you using your talents to join the fight against sexual exploitation? Everyone can do something. 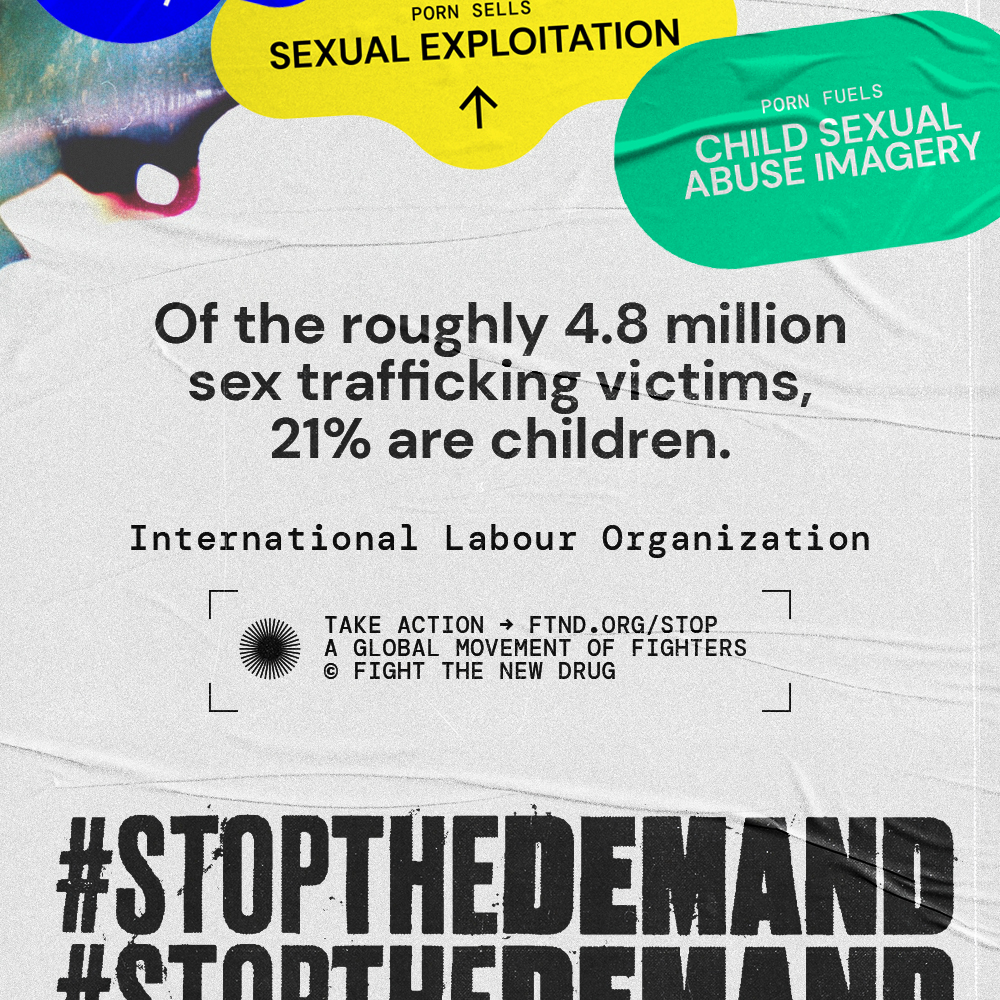